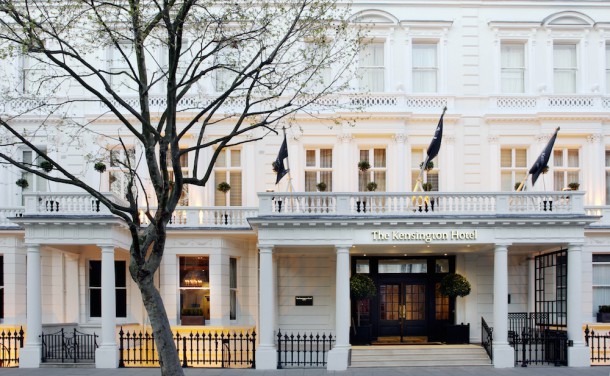 The Kensington Hotel at the corner of Queens Gate and the Old Brompton Road. It opened in 2009 and still looks spanking new

London, England: It was about this time last year that I began planning our family trip to Europe, with a one week stop in London, England. It was great to have the team at the British Consulate General on Bay Street in Toronto to touch base with and their website of www.visitbritain.org.

First off, we loved their transportation system and the oyster card. You can purchase this online well in advance of your visit (www.tfl.gov.uk) or at the first tube (underground subway system) you step inside. These plastic smartcards operate as a pay as you go credit which you use when you travel on the bus, tube, tram, DLR, London Overground and most National Rail services.

We stayed at The Kensington Hotel (www.doylecollection.com) at the corner of Queen’s Gate and the Old Brompton Road. It opened in 2009 and still looks spanking new. This was a fabulous place to stay in every which way. There is a full-time concierge desk and the folks there go above board to assist you. We had one of the most unique suites I have seen at any hotel: one main door opens leading to a small hallway, with two other doors at each side. They can be left open or closed. One has a king sized bed and a very large bathroom while the other has a queen. The units are very spacious and excellent for families to spread out and not be on top of each other. There are in-room safes.

The hotel is situated only a few blocks from the South Kensington tube station, so you really cannot beat this place for location. On your way to and from the subway you will pass a number of different restaurants and a couple of grocery stores. It is a lively and pretty area of town.

The ground floor of the hotel is a series of interconnecting drawing rooms, with welcoming open fires, large bay windows, and many original features such as the handsome stone staircase. The rooms are individually decorated in an elegant country house style, using sumptuous fabrics, deep upholstery and an eclectic mix of contemporary art and furnishings. The atmosphere is relaxed throughout, with the engaging and innovative service creating the ambiance of a smart private members club.

We enjoyed a daily buffet breakfast in the main restaurant, called Aubrey, and returned there twice for absolutely fabulous dinners. On both occasions we ordered the same thing: a Caesar salad and some amazing seared scallops, with heritage, tomato dressing and basil, the British favorite of fish and chips with tartar sauce and a whole sea bass with lemon and herbs. It was masterfully prepared as per our specifications. This came with some of the best mashed potatoes I can remember eating in a long time. For dessert we shared some warm chocolate fondant.

The other two London hotels from the Doyle Collection are the Bloomsbury in the Georgian district and the Marylebone, located near trendy Oxford and Bond Streets. The small chain is also present in other parts of Europe and in Washington, D.C. 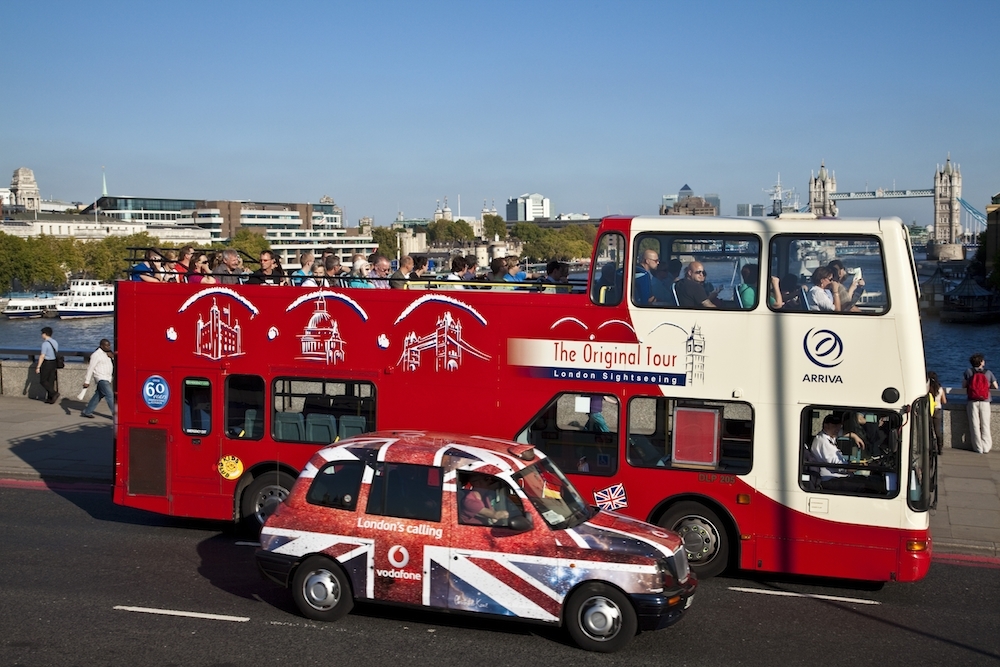 The best way to see all of the top sites is by bus and with over 80 stops, three main sightseeing routes and countless photo opportunities the Original Tour (www.theoriginaltour.com) really is top-notch. Sit back, relax and take in the sights, sounds and iconic views of the city, both ancient and modern. One fantastic value 24-hour ticket offers a truly comprehensive London sightseeing experience: on foot, by boat and on board a marvellous fleet of London’s famous red buses. This was probably one of the most relaxing experiences for me. We started off by listening to an audio tour and half way through a gentleman stepped on to the second level of the bus and began providing splendid live commentary. The tickets are completely unrestricted. You can travel on any of their famous open top tour buses. Each route makes frequent stops – simply hop-off at any of the 80 plus bus stops, then hop back on at the stop of your choice.

While the bus tour was fun, we enjoyed doing the same thing by boat as well. City Cruises (www.citycruises.com) is not the leading operator of passenger services on the River Thames for nothing, carrying in excess of two million passengers annually on its extensive sightseeing, entertainment and charter services. We purchased hop-on hop-off River Red River tickets, which enabled us to take in London’s best sights with some of the best commentary the city has to offer – as well as the opportunity to hop on and off to experience them first hand you do not need to book sightseeing tickets in advance. These can be purchased at the pier on the day of travel.

We were told not to miss the London Eye (www.londoneye.com). Since its debut in 2000, this has become as synonymous with London as the Eiffel Tower in Paris, the Hollywood Hills in Los Angeles, or the Opera House in Sydney. Being a feat of engineering, innovation has always been a priority at the London Eye and the experience continues to be improved upon. Over the years a 4D cinema experience has been introduced, capsules have been upgraded to improve air temperature control and reduce overall carbon emissions, as well as the introduction of interactive touch screen guides in several languages, giving guests more information on the breathtaking views. It is worth the wait in line, but if you want to speed things up; pay the extra fee and purchase a fast track ticket. The view from this giant Ferris wheel structure is astonishing once you get up really high.

When in London consider a side trip to Hogwarts 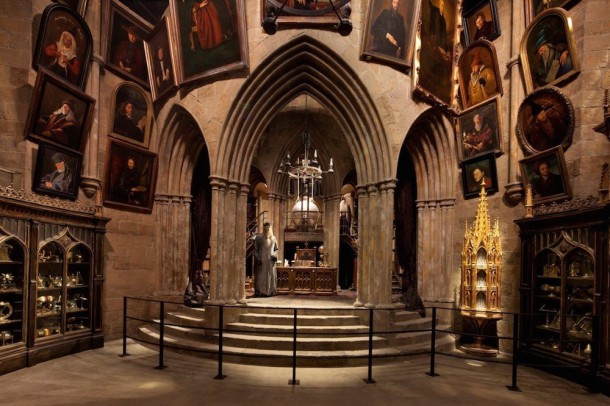 Dumbledore’s office is part of the Warner-Bros. Studio Tour London

London, England – Have you ever wanted to visit Hogwarts? When in London check out the Warner Brothers Studio Tour- the Harry Potter experience (http://www.wbstudiotour.co.uk).

The team behind Warner Brothers Studio Tour London – The Making of Harry Potter wanted to preserve and showcase these iconic props, costumes and sets so that Harry Potter fans could experience the magic of filmmaking first-hand. Set adjacent to the working film studios where all eight Harry Potter films were made, the Studio Tour offers visitors the unique opportunity to explore two soundstages and a back lot filled with original sets, animatronic creatures and breathtaking special effects. Digital guides are available in eight different languages. The handheld digital guides contain fascinating facts about the sets, costumes and props showcased at the Studio Tour. Watch newly-produced interviews with filmmakers and exclusive behind-the-scenes footage. The English Digital Guide is narrated by Tom Felton, who played Draco Malfoy in the Harry Potter film series.

Having seen all of the Potter films, I did find the experience completely surreal – especially the surprising conclusion.

Tickets for Warner Bros. Studio Tour London – The Making of Harry Potter are available via www.wbstudiotour.co.uk and must be pre-booked in advance by selecting tour times throughout the day. Tickets are not available to purchase on site. Tickets are priced at £31 for adults, £23.50 for children and £93 for a family of four. The attraction is located just north of London at Warner Bros. Studios Leavesden; with fast train links from Euston and shuttle buses for ticket holders to and from Watford Junction.