Exploring the natural wonders of the Turks & Caicos Islands

I was floating above one of the world’s largest barrier reefs and below me a school of yellow-tailed damselfish flitted past a giant sea fan waving gracefully in the current. A vast garden of finger coral, giant brain coral and tangerine star coral stretched as far as my eye could see. 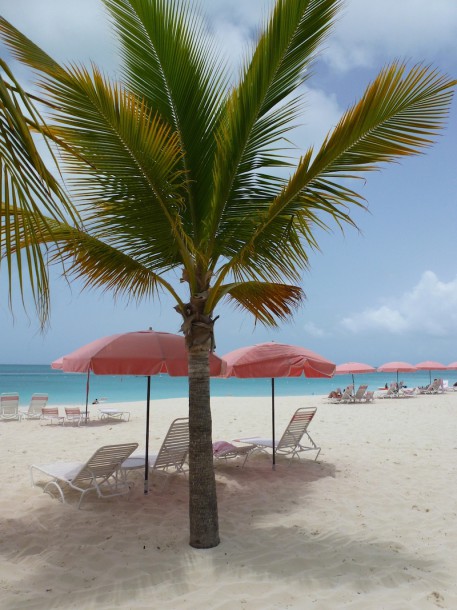 “Turks and Caicos is home to more than 300 species of fish and 60 species of coral,” said Jason, our tour guide as I bobbed to the surface to share my discoveries.

My snorkeling experience was just one stop during a half-day Caicos Cay Cruise with Big Blue Unlimited, an eco-tour operator based on the island of Providenciales in the Turks and Caicos Islands (TCI). This island archipelago south of the Bahamas and east of Cuba is home to 32,000 people and, despite its growing popularity, remains surprisingly unspoiled.

The TCI government has introduced measures to protect the country’s pristine natural resources: 80% of the islands are uninhabited and more than 30 protected areas have been established. Providenciales, known as “Provo” for short, is the most populous island but even it is located within Princess Alexandra National Park, a vast coastal and marine region that wraps around Grace Bay Beach, a 19-kilometre stretch of pearl-white sand dotted with luxury resorts, villas and hotels.

My base was Ocean Club West, a 64-room low-rise condominium resort set on three hectares of landscaped gardens on Grace Bay Beach. The two-bedroom suite with a wrap-around screened terrace, ideal for enjoying the tropical trade winds, overlooked the ocean and sand dunes tufted with delicate sea oats.

Raised in Montreal, Ian McLeod is the Director of Ocean Club West

“We’re committed to preserving the natural beauty and unique character of Turks and Caicos,” said Ian McLeod, Director of Ocean Club West. “This includes natural landscaping to reduce the need for irrigation and to provide habitat for wildlife.”

Raised in Montreal, McLeod has called the Turks & Caicos home since 1995 and serves on the Board of Directors at the Turks & Caicos Hotel and Tourism Association, an organization dedicated to sustainable tourism. In addition to supporting infrastructure initiatives such as reducing dependency on fossil fuels, conserving water and enhancing waste treatment facilities, the association works to foster an appreciation of the islands’ natural environment.

At Ocean Club West, even the youngest of guests are encouraged to appreciate the island’s natural resources. Upon check-in, children receive a Seafari exploration game and earn prizes for identifying wildlife such as curly tail lizards and hummingbirds. 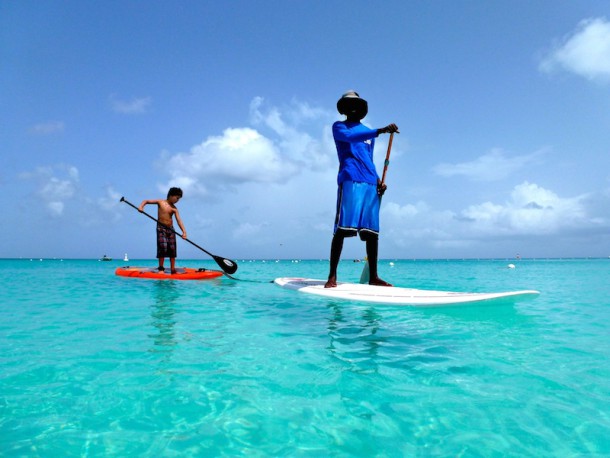 There’s no better way to begin exploring the island’s underwater bounty than at the Bight Reef Snorkel Trail. Unlike other Caribbean islands where reefs can be difficult for beginners to access, this inshore reef has such calm waters and clear visibility, even the most timid swimmer can witness abundant marine life just an arm’s length below the surface.

An informational sign explains reef etiquette so visitors don’t stray into the protected zone and underwater trail markers provide descriptions of the life cycle of coral. It’s possible to see parrotfish, damselfish, fairy basslet and other reef fish. Although protected, the reef is still under threat. Power vessels and invasive species such as Lionfish can be damaging to smaller fish. 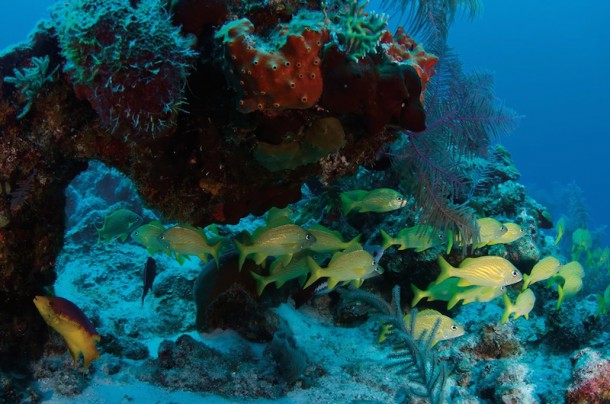 Later that afternoon, heeding the cautionary tales of power boating, we opted for a stand-up paddle-boarding lesson at Water Play Provo. This water sport involves paddling while balanced on a surfboard and, while not as easy as it looks, is a low-impact eco-friendly workout.

Even more environmentally-friendly adventure awaited the next day at Little Water Cay, at the eastern end of Provo. Also known as Iguana Island, this 47-hectare nature reserve is a sanctuary for 3,000 rare and endangered Turks & Caicos rock iguanas. We hiked the boardwalk, gawking at iguanas basking in the sun, while learning about the importance of mangroves in protecting the beach shoreline from storm surges.

For a final twist on the Provo beach scene, we headed to the leeward side of the island. After a short introduction to the well-mannered horses at the Provo Ponies corral, our group rode horseback to Long Bay Hills Beach, a windswept stretch of sand facing the Caicos Banks. Our horses splashed headlong into the waves and swam—it was a magical way to experience the wild abandon of a deserted beach. 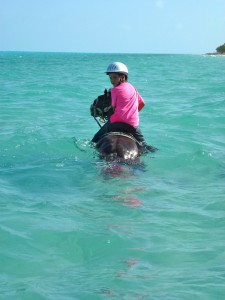 After working up an appetite with full days of outdoor adventure, it was relaxing to dine under the stars at the Seaside Café at Ocean Club West. Top dinner choices included a refreshing conch ceviche followed by grouper topped with coconut curry sauce. The legendary rum punch cocktails paired perfectly with live music on special nights.

On Thursday evening, we took a cue from the locals and headed to Bight Park for the weekly Island Fish Fry. Hosted by the TCI Tourist Board and Cultural Department, this early evening event features local entertainers, handmade crafts and food stalls. A Ripsaw band was playing when we arrived and a mix of festival goers from toddlers to teenagers were dancing to the traditional island music. A ripsaw is played by scraping a knife blade across the teeth of a handsaw and is accompanied by accordions, electric guitars and drums. Adding to the authentic flavour were food stands featuring conch fritters, conch chowder and other variations of the popular shellfish.
More conch was on the agenda the next morning at the Caicos Conch Farm. Perched on the northeast tip of Provo, this facility is the world’s only commercial conch farm. A fascinating hour-long tour introduced participants to the life cycle of the Caribbean Queen conch and explained how farm-raised conch can meet demand for the delectable mollusk in a sustainable way.

We wrapped up our time in Provo with a Glow Worm Tour, a rare phenomenon that occurs at sunset after each full moon. Sailing on a schooner while sipping rum punch, we watched while the odontosyllis enopla marine worm created a neon green phosphorescence display during their mating ritual.

Surrounded by such spectacular wonders, it was easy to fall in love with the natural beauty of the Turks and Caicos Islands.

Big Blue Unlimited: This eco-adventure company has been offering sustainable outdoor adventures in Turks and Caicos since 1997. Eco-tours include the Caicos Cays Cruise, kayaking through mangroves, bicycling, scuba diving and more. Guest pick and drop off is provided. www.bigbluecollective.com

Provo Ponies: Reserve well in advance if you want to go horseback riding on the beach. www.provoponies.com

Westjet Airlines and Air Canada fly direct from Montreal to Providenciales seasonally. Ocean Club and Ocean Club West are both available through Air Canada Vacations and include Stay at 1, Play at 2 privileges. vacations.aircanada.com