First prize winner of numerous international competitions, Angela Cheng is considered one of the finest pianists in the world. Equally at ease in recital, chamber music and as soloist with orchestra, she has performed through Canada, United States, Europe and Asia. She has recently been touring with Pinchas Zukerman to great acclaim. She began her career collecting First Prizes, and is now considered as one of the finest musicians in Canada. 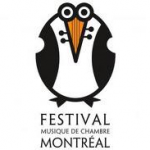 The 19th edition of the Montreal Chamber Music Festival will present 22 concerts from May 8th through 31st at St. George’s Church at the corner of Peel St. and de la Gauchetière in the heart of Montreal; home to the Festival for the past four years, this venue is a beautiful example of English Gothic Revival architecture in Canada and offers an intimate setting of 500 cushioned seats with excellent acoustics. Concerts are at 7:30 p.m.
Learn more about the Montreal Chamber Music Festival: www.festivalmontreal.org