Once again, the Festival International de Jazz de Montréal is opening ticket sales in time for holiday gift giving for the highly anticipated 35th edition of the Festival, from June 26 to July 6. Tickets for these and other concerts are now on sale. Festival organizers have already added another show for pianist Alain Lefèvre and the OSM for his Gershwin program, June 27, 7 pm at Maison symphonique de Montréal. Michael Bublé performs on July 4, 8 pm. at the Bell Centre, and evenko and festival organizers have just announced a second show for the mega-star crooner. Details at: montrealjazzfest.com

Ben Harper & Charlie Musselwhite. June 28, 7:30 pm., Salle Wilfrid-Pelletier, Generous and charismatic, Ben Harper has left his mark on the history of this Festival, notably with his first concert in a wildly packed Spectrum in 1996, and the magnificent outdoor performance he delivered for the 30th anniversary. For our 35th, the singer-guitarist will present a completely different concert accompanied by a living legend of the blues, harmonica master Charlie Musselwhite performing their recent excellent album Get Up!, an incredible blend of electric and acoustic blues released on the legendary Stax label. 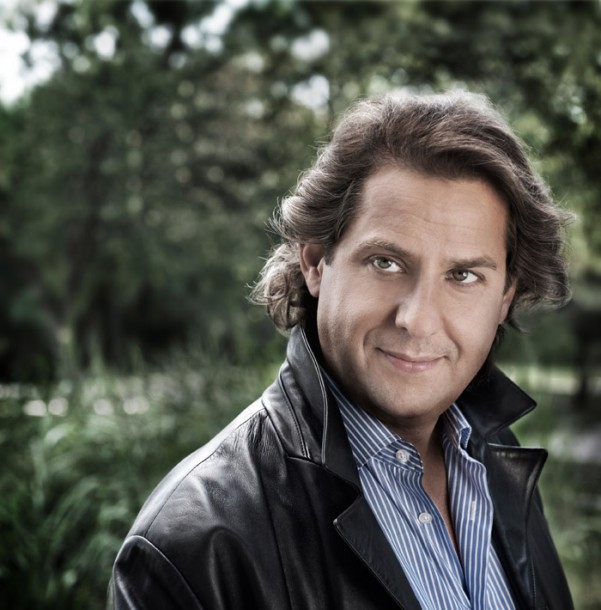 Brad Mehldau, solo July 1, 7 pm., Maison symphonique de Montréal. After his smash solitaire successes in 2000, 2008 and 2011 at the Festival, one of the jazz scene’s greatest pianists heads in for his inaugural performance in the Maison symphonique, a hall tailor-made for just this type of musical exercise. A gifted musician, original thinker and astonishing improviser, this Festival regular (and 2006 Miles Davis Award recipient) returns with another facet of his immense talent.

The Chieftains with Special Guest Ry Cooder. July 2, 7 p.m., Maison symphonique de Montréal. The preeminent traditional Irish group, the Chieftains and their leader Paddy Moloney, have carried the musical torch of the Emerald Isle for 50 years. Outstanding American guitarist Ry Cooder (the man behind the Buena Vista Social Club and the Paris, Texas soundtrack) is a passionate missionary for all forms of cultural fusion. Cooder collaborated with the Chieftains on their Grammy award winning record The Long Black Veil and most recently on 2010’s San Patricio, an album marrying Irish and Mexican folk music, joins Paddy and the band as their very special guest as they present truly traditional music is in their first visit to the Festival.

Buika June 29, 8 pm., Théâtre Maisonneuve. This superb Afro-Spanish singer has collaborated with Chucho Valdés and Pat Metheny, sung for filmmaker Pedro Almodovar and has two books to her credit! Digging into flamenco roots, Buika also draws inspiration from jazz; witness the Abbey Lincoln and Billie Holiday covers on her most recent album, La noche mas larga. In her first visit to the Festival, the Miami-based artist performs in a trio with Ivan “Melón” Lewis (piano) and Ramon Porrina (percussion).

Marcus Miller, July 1, 8 pm., Théâtre Maisonneuve. A towering presence in contemporary jazz, New York bassist and composer Marcus Miller played with Miles Davis and has left his mark on some 500 albums! Having shared the stage with Victor Wooten and Stanley Clarke at the Festival in 2012, the master of slap bass returns with his latest album, Renaissance, a brilliant fusion of jazz-funk, post-bop and rock. He’ll be joined by Alex Anthony Han (saxophone), Adam Vincent Agati (guitar), William Lee Hogans (trumpet), Brett Nathaniel Williams (keyboards) and Louis Alvin Cato (drums) for the occasion.

Mike Stern and Bill Evans Band Featuring Tom Kennedy and Steve Smith — June 27, 9:30 pm., Théâtre JeanDuceppe. A Festival regular and former host of the Invitation series in 2007, virtuoso guitarist Mike Stern returns after a three-year absence with a group co-piloted by renowned saxophonist Bill Evans—they both worked with Miles Davis in the ’80s; and blessed with an explosive rhythm section consisting of bassist Tom Kennedy and drummer Steve Smith. Driven by a remarkable shared passion, these four veterans deliver a vigorous jazz fusion that was a smash hit in Europe last year.

Kenny Garrett Quintet — July 1, 9:30 pm., Théâtre Jean-Duceppe, PdA This renowned Detroit saxophonist loves classic jazz, but is also open to its musical offshoots and many other styles, including funk and Latin, living up to his rep as a free artist. Witness Pushing the World Away, the brilliant new album Garrett will perform in a quintet with Vernell Brown (piano), Corcoran Holt (bass), Rudy Bird (percussion) and McClenty Hunter (drums).

Jazz gift certificates. With a $25 value, the certificates can be used towards the purchase of tickets to concerts presented by the Montreal International Jazz Festival and the Jazz All-Year Round series, in official Festival boutiques and in the Galerie Lounge TD and Bistro Le Balmoral, both located in the Maison du Festival Rio Tinto Alcan.