Salle Bourgie is the intimate concert hall in the re-purposed Erskine & American Church, now part of the MMFA Campus. Isolde Lagacé was charged with the responsibility of developing the music program that is presented by the Arte Musica Foundation. She is energetic and passionate about classical music; and her mandate for the privately funded foundation is to bring music to the Museum and use the concert hall to its fullest potential.

Isolde sees an important role for the 444-seat Salle Bourgie as providing another concert hall; and thereby another opportunity for musicians to work. The acoustics in intimate hall are outstanding, and the 20 Tiffany stained glass windows are part of the architecture that initiated a National Historical Site designation from the Department of Canadian Heritage.
Isolde comes from a musical family and her husband is a musician – so she knows first-hand the importance of musicians having additional performance opportunities. “Society puts money into music at McGill and other universities. How will these graduating musicians have a career if no-one is giving them a chance to work?”

“At the outset, I didn’t know how long it would take or how it would work. We had to estimate how many concerts we could present, how many series – everything relating to getting a concert hall up and running.” Isolde adds; “A significant part of our mandate is to create a concert program that can complement exhibitions in The Museum’s galleries.

Splendore A Venezia is a World Premiere exhibition produced by the Montreal Museum of Fine Arts, and the first to combine music and the visual arts. To complement the magnificent exhibition of works by Venetian artists during the 17th and 18th centuries when Venice was a dominant city state, a series of 20 concerts, seven lectures and two films will be presented through to February 5, 2014. Several musical ensembles will be making their North American debuts at Salle Bourgie, such as the Cambini-Paris String Quartet on December 6, performing with their trademark baroque instruments. 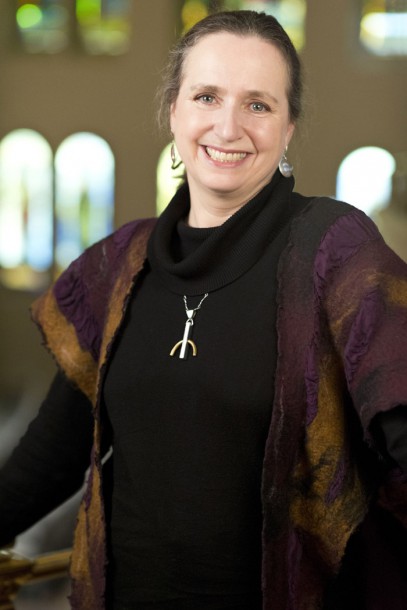 The excitement generated by the sheer magnitude of the exhibition and the importance of the works of art being presented has crossed over to the musical side of the program, and the musicians are enthusiastic about participating in this prestigious concert series. Several concerts have already sold out.

Isolde has highlighted a few special events for our readers.
On Thursday, November 28 Conductor Francis Colpron will lead Les Boréades in a program titled Stromenti Alla Veneziana, a selection of Italian instrumental music from 1600 to 1740. Nine musicians will play fourteen different instruments in a program of canzonas, concertos, and sonatas. Tickets are just $30.44 plus taxes; 34 and under $16.31 plus taxes.

Promenade In Venice on Friday, January 17 will offer an overview of four tableaux of 16th Century Venetian vocal and instrumental music performed by Les Idées Heureuses with Natalie Michaud playing recorder and leading the ensemble of 19 musicians. Their themes will include: popular music (frottola and strambotti); three and four voice madrigals (La Pecorina); instrumental music (variation and toccata); and the end of the century (virtuosity and mannerism). The selected works are by Wallaert, Festa, Merulo, Gabrieli and Bassano. Prior to the 6:30pm concert, there will be a guided tour of the Splendore A Venezia exhibit at 5pm.

Christopher Jackson will conduct a Choral Celebration at St. Mark’s by the Studio de Musique ancienne de Montréal on Saturday, December 14 and on Sunday, December 15 at 2pm. Works include: Gabrieli’s Motets and Monteverdi Gloria from the Selva Morale and Magnificat from Vespers for the Blessed Virgin. Writing for several choirs was first developed in St. Mark’s Basilica in Venice, initiating the grand Baroque style to echo the pictorial style of the great Venetian school of Titian, Tintoretto, and Veronese.

My friend Matthias Maute and Ensemble Caprice will present the Montreal Premiere of Vivaldi’s oratorio Juditha Triumphans; first presented in Venice in 1716 to celebrate that city republic’s victory over the Turks. Written for soloists, orchestra and a women’s choir is a splendid recounting of the Biblical story of Judith. Saturday, January 18, 2014.

There are many, more outstanding concerts to come during the course of Splendore A Venezia.
For information about all the concerts, please visit: www.bourgiehall.ca
For tickets: 514-285-2000 ext: 4 or visit The Montreal Museum of Fine Arts Ticket Counter at 1339 Sherbrooke St. West.