On November 5 Boris Brott was honoured by McGill University which awarded him an Honorary Doctorate in the ceremony that installed Professor Suzanne Fortier as the new Principal and Vice-Rector.

I’ve had the pleasure of meeting Boris on several occasions, and each time I come away with the feeling that anything is possible – that with a plan, some talent and the willingness to put in the work – hard work if necessary; an individual can follow their dream and make it real. Here’s a look an exceptional man with a list of accomplishments longer than two arms; his commitment to see his parents’ life work with the McGill Chamber Orchestra – not only be sustained – but to see the orchestra that Alexandra and Lotte Brott gave to Montreal is able to flourish.

The Brott family has made a tremendous contribution to the Montreal classical music community as musicians, composers, conductors, teachers and orchestra leaders since the late Alexander Brott and his wife Lotte, created The McGill Chamber Orchestra in the 1940s. Their first son Boris, inherited their combined talent, intellect and business acumen that has made him one of Canada’s most accomplished orchestra conductors. He has established a fine international reputation in music, has trained as a lawyer, and has a successful second career… as a motivational speaker.

An Officer of The Order of Canada and the recipient of numerous Canadian and international awards of recognition; Boris has come a very long way from the one room apartment on Maplewood Avenue that was home to his paternal grandparents, his parents, and young Boris.

Born in 1944, Boris was the first son of two classical musicians who were leaders in their respective fields of study and performance. Alexander Brott taught violin and composition at McGill University’s Faculty of Music, served as Concertmaster and Assistant Conductor of L’Orchestre Sinfonique de Montreal and was the driving force behind the McGill String Quartet which evolved into the McGill Chamber Orchestra. Lotte Brott, the daughter of a wealthy European industrialist was the cellist, business manager and public relations representative sans-pareille. In the 1950s Lotte contacted the then President of Texaco Canada and convinced him that a sponsorship of the orchestra would be good for business – she was credited as arranging the first corporate sponsorship for classical music in Canada. It was a lesson that young Boris would put to good use himself before he was old enough to vote!

“My parents and I lived in one room within my grandmother’s flat. My grandfather was an upholsterer and amateur opera singer, my grandmother a Russian émigré with a keen ear for music. They provided me with a sense of normalcy”. Boris continues; “My parents were busy carving our artistic lives at all hours of the day and night surrounded by friends and associates who were all quite exotic. My grandmother had a sympathetic understanding for what it was like to be a young boy in the topsy-turvy world of musicians.”

Boris studied violin with his father, and it became apparent that he had an exceptional talent. At the age of 5 Boris performed at a young people’s matinée with the Montreal Symphony Orchestra.

At age 12, Boris established the Philharmonic Youth Orchestra of Montreal, and like his father and mother, he set about the tasks of establishing a program, arranging rehearsal space at Shaare Zion Synagogue, and promoting their performances. “One day I was flying to Ottawa to seek some government funding, and as an unaccompanied minor, I was moved up to first class. I met Geoff Sterling, who was the owner of CKGM, a Montreal radio station that played popular music. He seemed to be impressed with my project, and invited me to visit him the following week in Montreal. I did – and he was true to his word, and CKGM became a sponsor for the Philharmonic Youth Orchestra of Montreal, which was completely in the opposite direction of the music the station played.”

“By the time I was 18, I was the Assistant Conductor for the Toronto Symphony Orchestra”

“A summer job?” I ask tentatively…wondering how this could possibly be a part-time student employment.

“Oh – I had graduated from McGill Conservatory of Music by then” replies Boris. “I went to West Hill High School in the morning and McGill in the afternoon. I literally had to run for the bus to make it to McGill for my afternoon classes.” In answering my raised eyebrow question, Boris chuckles; “I had no ‘normal’ life – I studied, practiced, practiced some more and then studied some more – I was a complete nerd.”

However, he did find time to spend a summer in 1956 to study conducting under the guidance of Pierre Monteux in Europe and the next year with Igor Markevitch in Mexico; and subsequently won the first Pan-American conducting competition in 1958. This was just the beginning… After two years with the Toronto Symphony Orchestra, Boris spent four years in England as the Principal Conductor of the Northern Sinfonia at Newcastle-on-Tyne, which included several tours; including concerts at Expo ’67. During that same time period, Boris was also the Principal Conductor for the touring company of the Royal Ballet Covent Garden. He moved back to North America in 1968 when he won the Gold Medal in Dimitri Mitropoulos International Conducting Competition which included in the prize the opportunity to serve as Assistant Conductor to Leonard Bernstein with the New York Philharmonic Orchestra. All this by the time he’s just 24 years old.

Then Boris really got busy… 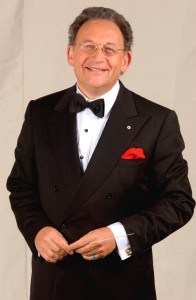 In the early 90’s Boris experienced a career melt-down and felt the need to improve his intrapersonal communications skills. He enrolled in the law school at the University of Western Ontario from 1992 – ’95. “I learned more about conducting from law school through the study of human communication.”

It soon became apparent that Boris had learned his communications lessons very well. A senior executive of IBM was attending a performance of the Dallas Symphony Orchestra that Boris was guest-conducting. Impressed with Boris’ communication skills, he asked if Boris could prepare a motivational seminar, drawing a comparison between the working relationships of a symphony orchestra and a multi-faceted corporation. The folks at IBM loved it, and since then Boris has become in such demand that he has developed a second career, giving between 25 and 40 motivational presentations per year to Fortune 500 companies around the world.

It was just such a presentation in Rome that brought him into contact with The Vatican, and conducting a special performance of Leonard Bernstein’s controversial Mass for Pope John Paul II in 2000. “I was in Rome to speak to production executives from the pharmaceutical company Pfizer. I met the person who was responsible for the Jubilee Concerts in Rome, and he mentioned that they intended to perform this work, which I knew to be very controversial.”

Boris continues; “I was Lenny’s assistant at the time he wrote Mass, and I knew it very well – and I was aware of the controversy surrounding it. As a result of this conversation, I was asked by The Vatican to consult on how they could adjust the performance without losing its essence, and would I also conduct the performance?” On June 1, 2000, Boris Brott conducted a special performance of Leonard Bernstein’s Mass, a Theatre Piece for Singer Players and Dancers at the Vatican’s Aula Nervi for Pope John Paul II and an audience 10,000 people. The telecast was broadcast internationally by RAI Italy and produced as a DVD. “It was an emotional experience – the fact that a Catholic Pope would give his blessing to me, a person of Jewish faith – highlights the positive influence that art and religion can have.” 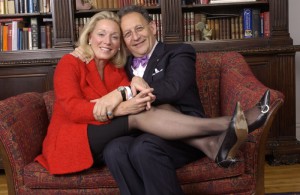 Ardyth and Boris Brott sharing a light moment in their Hamilton home. The couple started the Brott Music Festival and the National Academy Orchestra

The McGill Chamber Orchestra has recently hired veteran vocal performer musical administrator Taras Kulish in the position of Executive Director. Boris is excited about the immediate future; “We have a wonderful audience, and we’re in the process of building our next generation. We have renewed and revitalized the orchestra, and we have a terrific group of young musicians. We have a committed and energetic Board led by Dr. Hans Black. There’s a tremendous amount of energy coming off that stage; and our guest soloists and audiences really appreciate that spirit.”

The McGill Chamber Orchestra is into its 74th season, bringing Montrealers an eclectic mixture of classical music under the leadership of one of the world’s great conductors and motivators – Boris Brott. He’ll lead you into a wonderful world of music with the same enthusiasm of that 12 year-old boy who ran for the bus to McGill – to the music that would fill his life. It will lift your spirits! 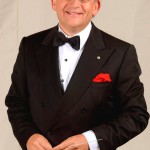 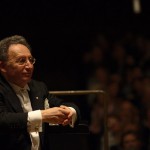 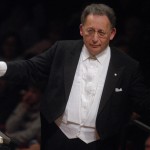 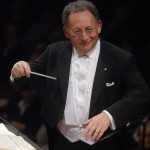 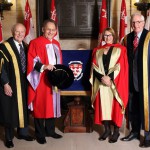 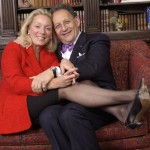 Ardyth and Boris Brott sharing a light moment in their Hamilton home. The couple started the Brott Music Festival and the National Academy Orchestra