Orchestre Classique de Montréal (OCM) and Ensemble Caprice are co-presenting a concert for the very first time. Under the baton of Boris Brott and Matthias Maute, the two ensembles will share the stage for a co-production on Thursday, April 28, 7:30pm, at Salle Pierre-Mercure. Presented by RPIA, the concert will also feature famous Quebec soprano Karina Gauvin.

The OCM and Ensemble Caprice will unite their efforts on the festive themes of Handel’s Water Music. The musicians will transport the public to a waterfront paradise in this co-production by the two Montreal orchestras.

For her part, the great Quebec soprano Karina Gauvin will perform Handel’s most virtuosic arias, which will be interspersed with works by two Montreal composers: a commission from the Dutch-Canadian composer Jaap Nico Hamburger and the Arabesque by Alexander Brott, featuring Chloé Dominguez, OCM’s accomplished principal cellist.

Recognized for her work in the Baroque repertoire, Karina Gauvin has been awarded several honors throughout her career, including the title of soloist of the year by the International Community of French-Language Public Radios, first prize in the Youth Competition performers from Radio-Canada and the Virginia Parker Prize. She has collaborated with the major orchestras, including the Orchestre symphonique de Montréal, San Francisco Symphony, Chicago Symphony, New York Philharmonic, Rotterdam Philharmonic and numerous Baroque orchestras such as Les Talens Lyriques, Venice Baroque Orchestra, Tafelmusik Baroque Orchestra and Violons du Roy.

As part of its 82nd season entitled Women of Distinction, the OCM pays tribute, at the start of each concert, to a great woman outside the music world who has marked the community in her own way. Before this concert, the OCM will pay tribute to the Honorable Monique Bégin, one of the first women in Quebec elected to the Federal Parliament and also a minister in Pierre Trudeau’s cabinet.

Tickets range from $25 to $59 and are available online at www.orchestre.ca

About the Ensemble Caprice 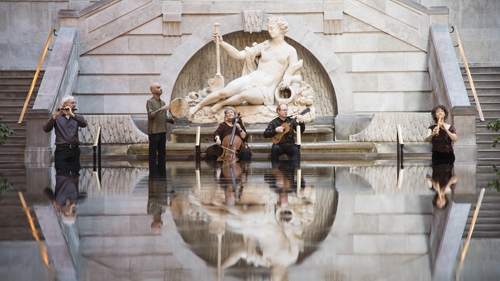 Founded by flautist Matthias Maute, the Ensemble Caprice has become, over the decades, a staple in the world of classical music. He is recognized for his creative and innovative programs and his dynamic and compelling interpretations. The musicians of the Ensemble have given concerts on 4 continents in dozens of countries. The Ensemble has made several tours in Asia, China and Taiwan, in Africa, Morocco, Tunisia and South Africa, in several European countries and in the Americas. He has been invited to prestigious festivals. An impressive track record that places Caprice among one of the most important current Baroque ensembles. In November 2009, the New York Times dedicated a long article to him that positioned Ensemble Caprice as a progressive force in the musical world. In addition to its international tours, the group presents a season of concerts in Montreal at the Bourgie Hall of the Museum of Fine Arts.