The TD Jazz Series opens on Friday May 10 with Oliver Jones and his favourite sidemen, bassist Eric Legacé and drummer extraordinaire Jim Doxas. Brandi Disterheft opens the evening show with her quartet. St. George’s is a wonderful showcase for these two great musicians and their musical colleagues.

The following Friday will be a Montreal premiere for Brazilian guitarist Chico Pinheiro and his quintet. Chico and his band will perform songs from their new CD There’s A Storm Inside.
The Swingle Singers made such a huge impression in 2011, that Denis asked them to return for what will be their 50th Anniversary concert on Saturday, May 18. They’ll perform songs by Madonna, The Beatles, and then move to Claire de la Lune by Debussy.

On May 24 New York pianist Eldar Djangirov will follow up on his 2012 performance with music from his newest CD, titled Three Stories. Eldar will play music from Bach, Gershwin, Chick Corea, Prokofiev and even Radiohead. The TD Jazz Series wraps up on May 31 with the Montreal premiere for clarinetist Paquito D’Rivera with the Assad Brothers for what promises to be a hot evening of Latin and Brazilian jazz. 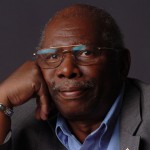 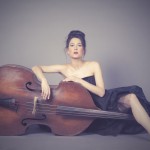 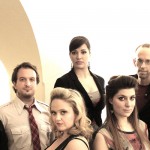