Country superstar Luke Combs, who The New York Times calls, “the most promising and influential new country star of the last five years,” is a multi-platinum, award-winning artist from Asheville, NC. 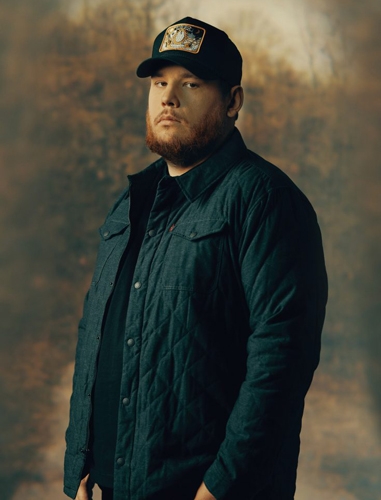 Adding to an already monumental career, Combs released his third studio album, Growin’ Up, earlier this summer via River House Artists/Columbia Nashville, which debuted at #1 on the Billboard Top Country Albums chart. Since its release, the record continues to receive overwhelming acclaim with The Tennessean declaring Combs, “one of music’s mightiest voices and a hitmaking force arguably unlike any seen out of Nashville this century,” while Rolling Stone proclaims, “his detail-rich songs make Growin’ Up a big-time country album with a tip-jar-worthy intimacy” and Vulture praises, “a true country-music behemoth.” The new record follows 2019’s 3x Platinum What You See is What You Get as well as his 4x Platinum debut, This One’s For You, and features twelve songs including Combs’ current single, “The Kind of Love We Make,” which is currently top 10 at country radio and rising. The song adds to a series of groundbreaking years for the reigning CMA Entertainer of the Year, who recently extended his record-breaking streak at country radio as his previous single, “Doin’ This,” reached #1 on both the Billboard Country Airplay and Mediabase/Country Aircheck charts. This is Combs’ thirteenth-consecutive #1 single, yet another historic feat. A 6x CMA, 3x ACM and 3x Billboard Music Award-winner, Combs recently completed his first-ever headline stadium tour with sold-out shows at Denver’s Empower Field at Mile High, Seattle’s Lumen Field and Atlanta’s Mercedes-Benz Stadium. He will continue to tour throughout this year with his sold-out “Middle of Somewhere Tour” this fall.