His first international stage appearance was at the age of four, on Broadway in New York City alongside his grandfather in the hit show Flamenco Puro. At the age of 11, he was featured in the film Flamenco, produced by the legendary film director, Carlos Saura, that launched Farruquito’s career and positioned him amongst the most elite flamenco artists of the world. In 1992 he had the honor of sharing the stage with his grandfather, at the inauguration of the Paralympic Games of Barcelona. 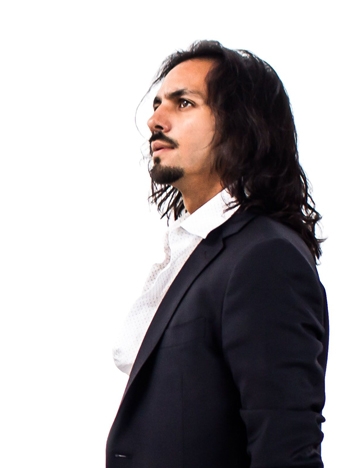 When Farruqito was 15, El Farruco, the then patriarch of the flamenco dynasty passed, and Farruquito became the heir of the Farruco flamenco lineage. That same year he created his first show, Raíces Flamencas (Flamenco Roots) which not only distinguished his mastery as a dancer but also gave him the opportunity to showcase the traditions of his prodigious flamenco line. Raíces Flamencas debuted in the Royal Festival Hall in London and continued to tour with high acclaim around the world.

In 2013, Farruquito created Improvisao, a show returning to his roots and demonstrating what he learned in this profession: a fusion of singing, guitar, and dance at his highest level with the quest of creating something new every day.

Farruquito returned to the United Stated for a coast-to-coast tour in 2016 and was hailed by the New York Times as the greatest Flamenco Dancer of the Century. As the principal inheritor of the greatest Gypsy flamenco bloodline, Farruquito has made it his life’s mission to share the purest form of flamenco on stages all around the world while further broadening his influence by collaborating with the most paramount film directors, conductors and artists of our time.

In this new show, Íntimo, Farruquito and his six musicians create an intimate atmosphere in which to trace the origins and history of flamenco. Using traditional flamenco styles—such as tango, soleá, bulerías, and alegrías—, Farruquito conveys emotion, power, and beauty in each movement. Dance in its purest form… an exhilarating whirlwind of excitement!