Founded in 2003 and operational in 2004, the Canadian Securities Exchange has exceeded expectations for everyone working in the financial services markets, including even the CSE management team. Management’s initial 10-year objective was to attain capital market financing and stock listings for five hundred companies. CSE has eclipsed that goal by more than 50%, to post a record 778 listings valued at $35.46 billion as of June 2022. With offices in Toronto, Montreal (represented by Senior Advisor Scott Pritchard), Calgary and Vancouver, the CSE is an outstanding Canadian Success Story.

Most of the CSE core management team in the early days of the company had previous experience at the Toronto Stock Exchange (TSE) that provided a combination of marketplace savvy and key contacts in the public capital markets. “We had a good team right from the start” noted the exchange’s CEO, Richard Carleton. The more nimble CSE was perfectly positioned to jump on the emerging business classes. 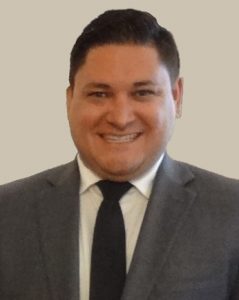 Montrealer Dom Mannella is the CSE Manager of Listings and Regulations

As is the case with many start-ups, the Canadian Securities Exchange faced their own challenges in the early days. Over an eighteen month period, the executive team made presentations and signed 142 Non-Disclosure Agreements with potential investors. Fortunately, there were some supporters who understood the advantages of a more nimble stock exchange for entrepreneurs. Tom Caldwell, a McGill university alumnus and recognized as one of the world’s foremost investors in securities exchanges was an early supporter. Tom purchased seats on the New York Stock, Chicago, London and other stock exchanges around the world. He assisted in raising money for the CSE, known as The Exchange for Entrepreneurs” and served as the Chairman of the CSE.

It was still a difficult task for the fledgling exchange to get companies wishing to go public to list with the new exchange. “We made presentations to 180 companies in the early days,” stated Carleton.

Scott Pritchard, the Montreal-based Senior Advisor for the CSE for the past 14 years stated, “Our listing policy manual is not only shorter, it is much easier to follow than those of other exchanges. We have similar disclosure requirements and rules that prevent excess dilution to shareholders. This is a key advantage for an entrepreneur in terms of reducing the fees for legal and accounting services. This reduces these friction costs and the timeline for companies going public on the CSE. Lots of companies are taking advantage of this; when I started at the CSE in 2008, we had about 75 companies listed. Now we have close to 800, with many more in the pipeline.”

Even with Tom Caldwell’s backing and endorsement, progress was still slow. Six months after the recapitalization of the business led by Mr. Caldwell’s investment fund, financier and mining guru Ned Goodman called, stating; “I really need to support you guys.” Also a McGill graduate, Goodman co-founded Beutel, Goodman & Company to offer advice to pension funds and private investment clients before going on to greater success in the mining industry. He was also the founder of the immensely successful Dundee Corporation and was a regular guest on Howard Green’s program on BNN (Business News Network), which Green co-founded.

During one televised interview on Green’s highly influential television program, Goodman plunked down the three binders containing hundreds of pages of requirements for a TSE listing, and then produced the CSE’s 75 page book. The comparison was stunning.

Both Tom Caldwell and Ned Goodman shared a passionate belief that emerging companies should have access to public capital markets to fuel their growth; and they saw that the CSE could fulfill the role for Canadian companies. During a televised interview, Carleton said; “I love visiting companies six to twelve months after they have raised money with us and seeing how they have put that capital to work by hiring more people and growing their business.”

“Some of our success has been due to ‘being in the right place at the right time’; to participate in the growth companies involved in clean tech and life sciences;” stated CEO Richard Carleton prior to a June presentation in Montreal. “With the electrification of the auto and truck sector, there is a huge demand for minerals used in producing batteries. Similarly, the production of medical marijuana created an enormous new business category, one that has again expanded with the introduction of provincially controlled retail outlets for personal marijuana consumption.”

“With the electrification of the auto and truck sector, there is a huge demand for rare earths and other minerals used in producing batteries.” – Richard Carleton, CSE

Carleton continues; “Canada has an abundance of rare earth minerals that are needed to make electric car batteries and for high tech infrastructure. Both China and Russia are effectively off the table – so Canadian companies have a huge opening. Further, many of the mines already exist. They may have been shuttered when metals were at a lower value, but they can again be profitable with higher market prices for minerals.”

Judging from the big attendance at Montreal’s prestigious Mount Royal Club, the Canadian Securities Exchange continues to gather momentum and the ensuing investment with sophisticated investors and family offices.

As illustration of the CSE’s success is that in the first six months of 2022, the company issued 16 Initial Public Offerings, more than half of all the IPOs in Canada. The CSE also listed 15 new issuers in June 2022, bring the listing total up to 794.