Toronto is a great place for enjoying world-class theatre. Thanks, in large part, to Mirvish Productions, Canada’s largest commercial theatre production company, the city enjoys a constant stream of plays and musicals. This summer’s slate of musicals is sure to delight!

After performing their popular smash-hit comedy 2 Pianos 4 Hands to critical acclaim the world over, Dora Award-winning creators and performers, Ted Dykstra and Richard Greenblatt return home to perform one last encore of their landmark work. And to share their story that spans generations – once piano students themselves, Ted and Richard are now the parents/teachers they once had.

2 Pianos 4 Hands is a warm and funny musical entertainment about two lifetime obsessions with 88 piano keys. It’s a story of aspiring talents, teachers, lessons and competitions, and a not-to-be-missed classic of Canadian theatre.

The winner of the 1996 Dora Award for Outstanding Production, and arguably the most successful play in the history of Canadian theatre, 2 Pianos 4 Hands has played off-Broadway, Washington’s Kennedy Center, the West End and in Tokyo. In fact since its humble Toronto premiere 25 years ago 2 Pianos 4 Hands has had more than 4000+ performances in more than 200 different productions throughout North America, Europe, Asia, Australia, New Zealand and South Africa playing to more than 2 million people worldwide.

2 Pianos 4 Hands is the riotous tale of two boys in Canada, Ted and Richard, sharing the same goal: concert pianist stardom. They work fervently towards their dream amidst pushy parents, eccentric teachers, hours of repetitive practice, stage fright, the agony of competitions and the dream of greatness.

Two actors, two pianos and many, many characters grace the stage as fifteen years of learning the art of piano playing unfolds. From classical to pops to jazz, the play provides the chance for two performers to give their all in a 120-minute virtuoso performance.

In the beginning, the actors take turns playing child versions of each character while the other assumes the role of the teacher, the adjudicator, the parent. As “friendly” competitors nearing their teens they face off at various festivals – experiencing stage fright and the dread of losing to eight year old prodigies. And as young adults, their eyes open to new ideas and influences.

As they mature, Ted and Richard become more aware of the gap between the very good and the great, and come to the humbling realization that greatness may be out of reach. And there lies the universal plight of all those with an ounce of training and talent and the will to “be” a professional musician, or athlete, or actor, or dancer.

2 Pianos 4 Hands captures the humour that comes with learning to play the piano, and the sense of loss of eventually learning to let go of the dream.

To purchase your tickets visit: www.mirvish.com 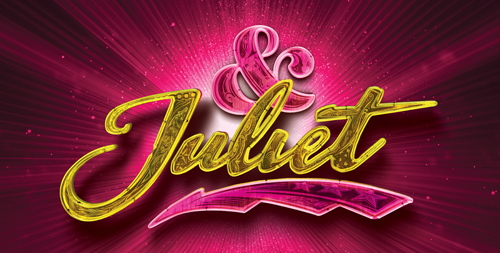 Roaring into Toronto this summer, & Juliet is London’s newest hit musical and will bring its multi-award-winning irreverence, hilarity and joie de vivre to North America.

Created by the Emmy®-winning writer from “Schitt’s Creek,” this hilarious new musical flips the script on the greatest love story ever told. & Juliet asks: what would happen next if Juliet didn’t end it all over Romeo? Get whisked away on a fabulous journey as she ditches her famous ending for a fresh beginning and a second chance at life and love—her way.

Juliet’s new story bursts to life through a playlist of pop anthems as iconic as her name, including Since U Been Gone‚ Roar, Baby One More Time, Larger Than Life‚ That’s The Way It Is, and Can’t Stop the Feeling—all from the genius songwriter/producer behind more #1 hits than any other artist this century. Break free of the balcony scene and get into this romantic comedy that proves there’s life after Romeo. The only thing tragic would be missing it.

“★★★★★ Sweet, sincere and well-meaning. A joyously daft musical. I dare say Shakespeare would be tickled by the whole thing.” – Time Out

To purchase your tickets visit: www.mirvish.com

For information on Toronto visit: Toronto articles and www.destinationtoronto.com