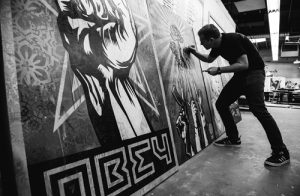 “The 10th edition offers a high level of artistic and musical programming, with some twenty local and international muralists, 13 concerts held across two distinct sites, and a large number of creative activities for the public. MURAL brings a fresh look to the Saint-Laurent Boulevard, which will be pedestrianized for the occasion, by adorning it with new large-scale murals and exciting artistic activities”, notes Pierre-Alain Benoît, Executive Director of MURAL.

Ten years of effervescence and creation 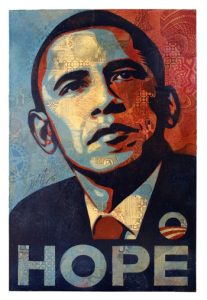 One of the headliners of the 10th edition of MURAL will be the American artist, entrepreneur and activist Shepard Fairey, also creator of the OBEY brand, who visits Montreal for the very first time. Fairey is best known for his “Hope” poster, created for Barack Obama’s electoral campaign.

In addition to hosting the creation of most of the festival’s murals, the Saint-Laurent boulevard,  pedestrian and accessible to all for free during the 11 days of MURAL, will once again be the beating heart of the event! 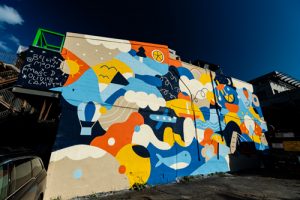 The festival also features live art programming on the boulevard, immersive art programming around Parc du Portugal, and an entire zone dedicated to artistic innovation. Visitors will be able to participate in art workshops, admire new works in augmented reality, both static and interactive architectural projections, as well as original digital installations, including a virtual reality experience.

Major concerts in a 2nd zone

From Friday, June 10th to Sunday, June 12th, three outdoor concerts will take place downtown at an outdoor site located at 650 Peel Street, just south of Saint-Jacques Street. This site will have a capacity of just over 4,000 festival-goers and is within walking distance of the Bonaventure metro station and downtown arteries.

The major concerts of the 10th edition of the MURAL festival will bring together international talents and local artists for hip-hop, grime, afrobeat and electronic music performances.

Concert tickets are on sale at www.muralfestival.com