I’ve had the pleasure of speaking with Engelbert a few times, and he is one happy singer to be back on the road touring; doing what he loves best – singing and entertaining audiences. Our friend Rubin Fogel has booked Engelbert into Salle Wilfrid Pelletier for May 22, and tickets are selling so well that there is serious talk of adding a second show. 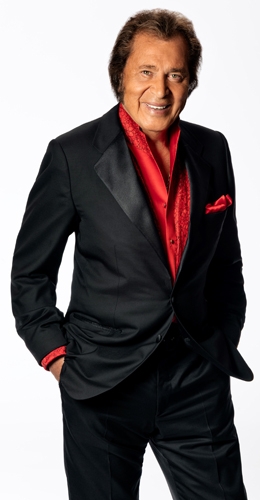 Engelbert Humperdinck will be at Place des Arts on May 22

“After 55 years – I still get a kick out of performing. And thanks to a Marvel movie that features my song A Man Without Love; I’ve gained a younger audience. I’m telling you Peter, I can see them in sitting in the theatres. It’s just a great feeling to see these younger people appreciating my music.”

Engelbert has just completed a European tour, finishing up in London, where Princess Anne presented him with the MBE. “Performing at The Palladium was very special this time, because that’s where it all started 55 years ago. I’ve already met the Queen several times, so meeting Princess Anne was a treat. The late Duke of Edinburgh came to a lot of my shows, and I could see him suiting up front and singing along with me.”

As for singing Please Release Me for five-plus decades, he has a quick answer. “Without that song – we’re not having his conversation. That song launched my career, and the hairs on the back of my neck still stand up every time I sing it.”

“We always have a good turnout in Montreal, and we’re looking forward to the show. I travel with a six-piece band and our own lighting and sound technicians.”

“I still work hard at my trade as a singer. I still study the vocals of some of the greats like Nat King Cole. I’m working on a new album in Nashville and it has a country feel to it.”