LIVE FROM FEINSTEIN’S/54 BELOW

Major Attaway in the Genie’s Jukebox 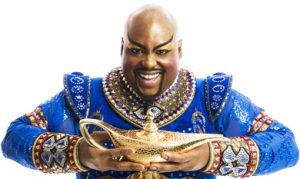 Major Attaway, the longest-running Genie in Disney’s Aladdin on Broadway, is out of the lamp! The first to take over the role, Attaway is ready to explore a different, slightly evil version of the character we all know and love. Who are the Genie’s would-be favorite vile villain cohorts? Come hear Major cover all the answers. And remember, he isn’t bad – you just wished that way! 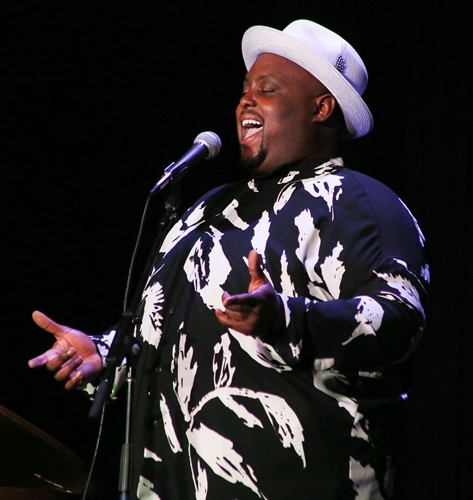 Major Attaway is a 20+ year veteran entertainer who began his career in the Dallas/Ft. Worth, TX area. In 2016 Attaway made his Broadway debut in Disney’s Aladdin, playing and understudying the roles of Genie, Babkak, and the Sultan. In 2017, he took over the Tony Award-winning Genie role for three years, with that becoming the longest running actor in the role. He also played Fatty Arbuckle in NY City Center Encores! production of Mack and Mabel in 2020. Attaway has lent his voice talent to numerous projects, including as the voice of NuCalm, One Piece, Pokémon, Borderlands 3, The Pathfinder Series, Snack World, Bread Barbershop, Smite, Fairy Tail, Battleborn, and Dragon Ball Z Kai. On his Twitch Channel @IPlayedMajor he livestreams games which he voices in character, as well as, plays with and against fans!  Attaway can also be seen in an upcoming HBO series as well as in the Netflix original series Orange is the New Black. He is currently touring with his Disney based cabaret show called The Genie’s Jukebox and biohacking his way to owning every day with NuCalm.

Tickets for this live virtual event are $25US and are available at Events.broadwayworld.com.

Live from Feinstein’s/54 Below is a new series featuring streams of LIVE performances direct from Broadway’s Living Room! Designed to make more shows accessible to fans from across the globe and to recreate the live experience, all shows will be presented exclusively at the time of performance with an in-house audience and will not be available on demand afterwards.