The World of Yousuf Karsh: A Private Essence

An exhibition of 111 Karsh photographs Armenian-Canadian photographer Yousuf Karsh (1908–2002) is considered one of the greatest portrait photographers of the twentieth century. Thanks to the extraordinary generosity of the Estate of Yousuf Karsh and the artist’s wife, Estrellita Karsh, the Montreal Museum of Fine Arts is the grateful recipient of 111 photographs created by the artist, which it is showcasing in the exhibition The World of Yousuf Karsh: A Private Essence until January 30, 2022. These silver gelatin prints, mostly in large formats, many quite rare, were printed by the artist himself.

For over 50 years in the last century, Yousuf Karsh’s lens captured not only the essence of his subjects, but also their individual characters. This exhibition presents his famous images of political figures like Fidel Castro, Winston Churchill, John F. and Jacqueline Kennedy, Nelson Mandela, Eleanor Roosevelt and Pierre Elliott Trudeau. They are joined by portraits of the celebrated and enduring stars of theatre and film, music, the visual arts and literature (Ingrid Bergman, Humphrey Bogart, Ernest Hemingway, Vladimir Nabokov, Georgia O’Keeffe and Pablo Picasso), leading scientists (Albert Einstein, Jacques Cousteau and Carl Jung) and renowned sports figures (Muhammad Ali) who marked their era. 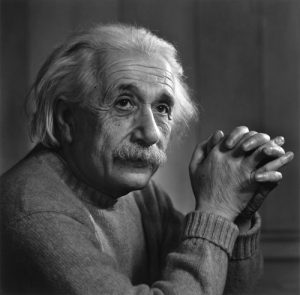 The exhibition also leaves room for cowboys, farmers and steelworkers alongside the icons of Canadian and Quebec culture immortalized by Karsh, including Gratien Gélinas, Glenn Gould, Karen Kain, Marshall McLuhan and Jean-Paul Riopelle. It is presented in a chronological format that traces the artist’s life, his stylistic development and the evolving world history he so brilliantly documented.

“On behalf of the Montreal Museum of Fine Arts, I wish to express our deepest gratitude to Estrellita Karsh, the Estate of Yousuf Karsh and its director, Jerry Fielder, for their priceless gift of 111 original silver gelatin prints that are the core of this exhibition. Thanks to them, Karsh’s oeuvre is being paid due honour in the province where he began his career,” notes Stéphane Aquin, Director, MMFA.

“Complementing his memorable subjects is Karsh’s command of the silver gelatin process, which renders technically remarkable works of art. Karsh was a master of lighting and he was a brilliant developer of his own prints. The result, particularly evident in these prints, are brilliant whites, deepest blacks and notably subtle, shifting ranges of tone that make these large-format images breathtaking in impact,” explains Hilliard T. Goldfarb, Senior Curator – Collections, and Curator of Old Masters, MMFA, as well as the exhibition’s curator. 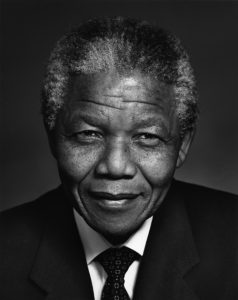 About Yousuf Karsh
Born in 1908 in Mardin (formerly part of Ottoman Empire), Yousuf Karsh immigrated to Canada on his own in 1924 at the age of 16, his family already refugees from the persecution of the Armenian people. In Canada he lived with his maternal uncle, George Nakash, a photographer living in Sherbrooke, who introduced him to his art. The young Karsh apprenticed in the Boston studio of photographer John Garo, where he became proficient in lighting and the silver gelatin print process. In 1932, he opened his first studio in Ottawa, near Parliament Hill. During World War II, he was asked to photograph leading political figures, including Winston Churchill during an official visit to Canada in 1941. The success of his portrait of the British prime minister helped launch his international career. Although Karsh is best known for his photographs of celebrities, Canadian workers were a main focus of his work. By the time he retired in 1992, he had directed no fewer than 15,000 photo shoots. Today, his photographs are found in the collections of numerous museums, including the Museum of Fine Arts in Boston, Metropolitan Museum of Art in New
York City, National Portrait Gallery in London, National Gallery of Canada and Montreal Museum of Fine Art.

Please visit the museum website to check opening hours and book your tickets in advance. www.mbam.qc.ca