Please note: The launch has been delayed. A new date will be announced shortly.

On December 22, at 7:20 am, an Ariane 5 rocket from the European Space Agency will take off from Kourou, Guyana. On board, neatly folded and stowed in the rocket fairing, is the largest space telescope ever built in the world: the James Webb. Its mission: study the formation and evolution of the first galaxies. Better understand the birth of stars and proto-planetary systems. Study planet properties (the solar system and beyond) and attempt to detect biosignatures. 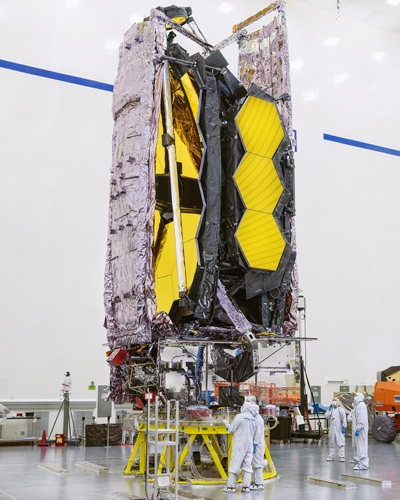 Its special feature: with its 6.5-meter-diameter mirror, the telescope will observe the remotest parts of the universe in infrared light. The James Webb will be the first telescope capable of observing first galaxies’ light.

Its position: its orbit will be around the Sun, unlike the Hubble Space Telescope, which orbits the Earth. It will be positioned 1.5 million kilometers from Earth (about four times the Earth-Moon distance).

Development of this observatory began in the 1990s, with the aim of replacing the Hubble Space Telescope. It was supposed to be launched in 2008, but a succession of incidents and the telescope’s great complexity led to many delays in its design, as well as to soaring costs. After more than 25 years of development and planning and a final price tag of 10 billion dollars, this invaluable telescope will finally come into operation at some point in 2022.

Designed jointly by the American, European and Canadian space agencies, the Webb telescope will be equipped with four instruments. One of these was developed by Canadian researchers under the supervision of Professor René Doyon, director of the Institute for Research on Exoplanets at Université de Montréal. This contribution will entitle Canadian astronomers guaranteed observation time on the Webb telescope.

On December 22, the planétarium’s astronomers and science communicators will provide commentary for the launch live on Facebook. 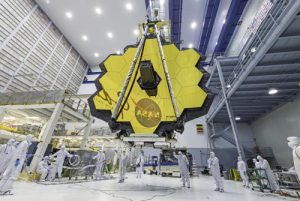 Please note: Olivier Hernandez, director of the Planétarium Rio Tinto Alcan, was for several years the Université de Montréal’s project manager for one of the four telescope instruments that will allow the study of exoplanet atmospheres.