“Oh Hell! I never vote for anybody. I always vote against everyone!

With little more than a month to go before the next municipal election, several candidates have already noticed that many of the city’s voters are – to quote the famous Peter Finch rant in ‘Network’ – “…mad as hell and not going to take it anymore.” While ‘live & local’ issues continue to dominate the discussion at the door, at least one candidate asked The Montrealer not to mention his name after he said; “…It’s a lot more about who they can’t stand rather than who they want to vote for…fact is that they’re fed up and I can’t blame them”. 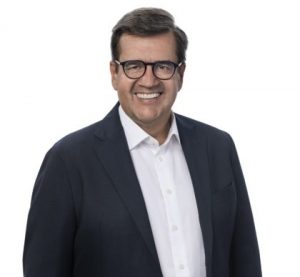 While there was some talk about branding this election as some kind of epic ‘grudge match’ between Montreal’s incumbent mayor Valérie Plante and Denis Coderre; the seasoned Liberal heavyweight whom she defeated in the last election; next month’s election seems to have already turned into more of the ‘same old, same old’ defined by dim hopes and failed expectations.

Just when local polls indicated how the city’s voting intentions were evenly split between both Plante and Coderre, Plante’s proposal to have former PQ minister Louise Harel oversee the city’s action plan to promote the use of French in Montreal sent a clear and resounding message throughout the city’s beleaguered English community. Aside from her stated intention to name the new Griffintown REM station after the late Bernard Landry (the former provincial premier who was known to be a loud and vociferous Anglophobe) the mayor’s loud and vocal support for Premier Legault’s critically flawed Bill 96, indicates that Plante is more than willing to turn her back on the city’s English community, to shore up her support within the city’s hard-core nationalists. 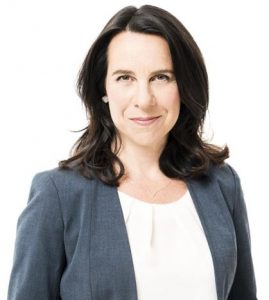 Turning her back on the English community, incumbent Mayor Valérie Plante had hired Péquiste Louise Harel to enforce the use of French in Montreal

Montreal resident Shirley Ascroft considers herself be more disappointed with Plante than actually angry over the language issue. She still remembers the mayor’s original victory speech when Plante promised to do whatever she could ‘…to bring us all together.’ “So now that we all know what Madame Mayor really thinks about the city’s English community, I’ll just have to keep that in mind when I get to the polls next month,” she said.

While a combination of Anglo rage combined with a host of failed expectations could easily cost Plante the next election, Denis Coderre still has to contend with the sins of his own administration that continue to threaten his hopes for yet another chance to occupy the big corner office in Montreal’s City Hall. Aside from what has to date has been a lacklustre campaign that’s done little to convince people that he’s once again ready to run this city, Coderre has done little to convince the voters that the new and improved Denis is anything more than yesterday’s Denis with new clothes and a good haircut. He threw Loyola candidate Joe Ortona under the bus when Ortona had both the courage and the conviction to denounce the Legault government’s onerous Bill 96 language project. Coderre traded what could have been a real profile of courage for a profile in egregious political expediency when he jettisoned Ortona, who is now running as an independent candidate in the Loyola District. 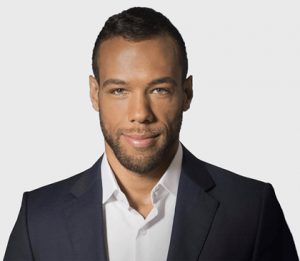 A lot can still happen over the next few weeks of the campaign; and former colleagues tell me (including city veteran and former Coderre colleague Annie Samson) that they are beginning to wonder if the former mayor had wandered ‘off-script’ when he originally offered to repair and put the toppled and vandalized statue of John A. MacDonald back on its pedestal in the downtown Dominion Square Park. When it became an issue days later, Coderre then offered to move it ‘…somewhere else’ in the downtown park that would be henceforth known as ‘Place de la Réconciliation’ – Reconciliation Square.

With 30 days to go before the next election; it remains to be seen if dim hopes and failed expectations will continue to define this election. However, and given the right set of circumstances, there’s also a good chance that   – faute de mieux – Movement Montréal’s Balarama Holness may be getting lots of attention as the city’s voters begin to make their minds up as to who will become the city’s mayor for the next four years.

Question: Which Montreal candidate for the mayor’s chair will have the courage to propose that we name the Griffintown REM station after John Mills – the Montreal mayor who wasn’t Irish, wasn’t a Catholic, but who lost his own life in 1847 when he went down to Montreal’s ‘fever sheds’ to help care for the sick and the dying in his city. If nothing else, that’s the kind of courage and compassion one needs if one is to aspire to become one of this city’s great 21st century mayors.