Linda Leith – is having a busy year, celebrating the 10th Anniversary of her publishing company, being awarded the Officer of the Order of Canada, the publication of her novel, The Girl From Dream City and publishing two new books this fall.  Linda Leith Publishing issued its first book in June 2011, and the company has published eighty books in just ten years. “Sometimes its six or seven, and at other times its ten or eleven,” Linda stated in a recent conversation. It’s a remarkable achievement for an independent book publisher. Several of her company’s authors have had their books optioned for film rights, illustrating Linda’s ability to spot a good story. 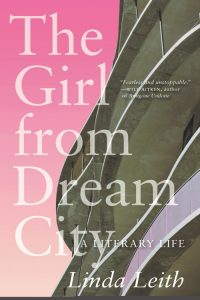 The company is enjoying success, with a business formula that isn’t a formula at all. Each book is considered on its own merit. “We look for authors who are perhaps under the radar of larger publishing houses, and who might not see the light of day if it weren’t for LLP.” Continuing, Linda adds; “So much of what we do is fostering and helping an author get their book into shape, suitable for publishing. It’s quite a process, but at the end of it – they’re a writer and they have a book!”

Linda Leith Publishing publishes books in print and electronically. “We recognize that e-books are a big part of the market. It’s easy to take Kindle or other e-reader on a holiday – I do it myself. It’s important to make it easy for someone to purchase a book, whether it be electronically or in print.”

Linda is immensely proud of receiving the Order of Canada. “Towards the end of 2020, I received a call, informing me that I had been named as an Officer of the Order of Canada for my work in bringing the French and English-speaking communities together through literature. I was thrilled; and I’m looking forward to the eventual presentation at Rideau Hall; once the public health protocols permit the ceremony.”

“For connecting the country’s Anglophone and Francophone communities,
and for fostering creativity and intercultural
understanding through a literary festival.”

… Officer of the Order of Canada citation 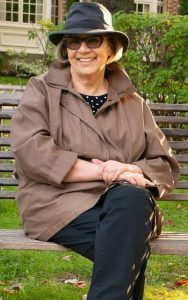 Linda’s career has always involved writing and writers. She taught literature at John Abbott College, where she also started to write reviews. She was asked by Vehicle Press to edit an edition of a Canadian fiction magazine; and she wrote a book for ECW Press about Hugh McLennan’s seminal Canadian book: Two Solitudes.

While at John Abbott, Linda and her husband took a one-year sabbatical in Budapest, and she wrote her first novel, Birds of Passage. “It was about a Canadian couple living in Budapest, which is what we were doing. The country was coming out of Communist rule, and there were very few foreigners there in 1992. I was observing a society in transition, and the people I met became the characters in my book.”

One of the unique aspects of Blue Metropolis is that it featured English, French and Spanish writers. “I received some push-back from the Francophone media and intelligentsia about including English and French, but the public liked it.” From an organizational perspective, including English and Spanish authors opened the festival to obtain pan-Canadian and international recognition. Blue Metropolis is recognized internationally as one of the biggest and most important literary festivals in North America and Europe.

It’s ironic that the Order of Canada acknowledges Linda’s achievement in bringing Canada’s two linguistic communities closer together through literature: contrary to the opinion of the Francophone intelligentsia. 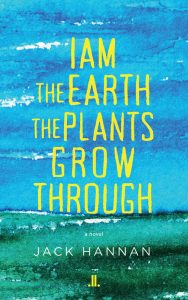 The festival had earned a solid reputation and was on solid financial footing when Linda decided that after twelve festivals; it was time to move on. Linda planned to take some time off, do some writing and visit one of her sons who was doing research in an idyllic small community on the Indian Ocean. It didn’t work out that way… “Within a few months I was setting up Linda Leith Publishing and by June 2011, I published my first book, Was It Good For You? a collection of editorial cartoons by Terry Mosher – better known and loved by Montrealer’s as Aislin.”

Originally the company published books in English, and now it frequently translates them into French. Author Peter Kirby’s books are set in Montreal; and translating them to French has opened a broader market for him and LLP. Three books in Mandarin have been translated into English and two books have been translated from Portuguese to English.

“This fall we are publishing two books in English. Jack Hannan is a Montreal West resident, and he was initially a poet before becoming a novelist. Jack writes beautifully – his writing is compelling and immensely readable. I Am The Earth That Plants Grow Through is Jack’s second novel, and it’s excellent.”

“Our second book this fall is a re-issue of a book written thirty years ago by Mairuth Sarsfield about her life growing up black in Little Burgundy. Mairuth went on to represent Canada at Expo ’67 and internationally. Mairuth Sarsfield was an author, activist, journalist, researcher and diplomat. She was one of the first Black women appointed to the CBC Board of Directors. In 1986, Sarsfield received the Chevalier de l’ordre national du Québec. She took the title, No Crystal Stair from a quote from Langston Hughes, a writer who was a leader of the Harlem Renaissance in the 1920s; ‘Life for me ain’t been no crystal stair…’ We’re simultaneously publishing this book in French, and it will be available for the first time in French. I’m very proud of bringing No Crystal Stair to a new generation.” 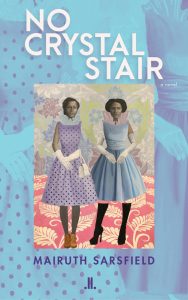 The timing is ideal for the
publishing of No Crystal Stair

Nominated for Canada Reads in 2005 and first published in 1997, No Crystal Stair is an absorbing story of urban struggle in the 1940s. Raising her three daughters alone, Marion discovers she can only find gainful employment if she passes as white. Set in the Montreal working class neighbourhood of Little Burgundy against the backdrop of an exciting cosmopolitan jazz scene—home of Oscar Peterson, Oliver Jones, and Rockhead’s Paradise—and the tense years of World War II, No Crystal Stair is both a tender story of friendship and community as well as an indictment of Canada’s “soft” racism.

The genesis of re-publishing Mairuth Sarsfield’s book was serendipitous. Linda recounts; “I was sitting at my computer, minding my own business when I received a call from someone at The Black Community Resource Centre who asked if I would consider re-publishing Mairuth’s book. It had been out of print for fifteen years. She was writing about the experiences of people in the Black Community before anyone. My hope is that it will find the audience that it deserves. We have a lot of new immigrants in the Black community coming from French-speaking countries – so that was part of my decision to publish a French edition.”

In her role as an author, Linda published her biographical book, The Girl From Dream City: A Literary Life with the University of Regina Press. It’s a fitting title for a person who has made her living in in the world of words, as a writer, an educator, founder of an internationally famous literary festival and now as a book publisher. Linda’s life has been a series of fine literary accomplishments, and she continues to foster and encourage authors to realize and reach their potential. Bravo!