This grand concert does justice to Bourgie Hall’s 10th anniversary and celebrates a venue that has become a major focal point for music in Quebec over the years. 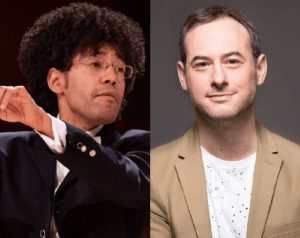 Two loyal collaborators enthusiastically agreed to take part in this exceptional event, to remind us of the importance of Bourgie Hall’s presence in the lives of music lovers, artists, performers and all those who have contributed to its prestige.

Each season, Les Violons du Roy and the musicians of the Orchestre symphonique de Montréal (OSM) captivate audiences with their amazing talent, their exceptional musicality and their passion for chamber music. On this occasion, Les Violons du Roy conducted by Jonathan Cohen and the musicians of the OSM conducted by Rafael Payare will share the stage in this inspiring musical offering.

Inaugurated in September 2011, Bourgie Hall offers top-rate artistic programming and welcomes on its stage Canadian and international artists in equal numbers. Whether they are just starting out or already critically acclaimed, these musicians are chosen to perform in Bourgie Hall on the basis of their immense talent. The public can’t go wrong: audiences know that they can count on the quality of concerts “approved by Bourgie Hall!”

Bourgie Hall’s programming also brings out astonishing connections between music and art collections. To be discovered at the concerts or during events in the Museum’s exhibition rooms!