Show Will Stream Exclusively on TheaterMania through August 28, 2021

Due to overwhelming demand, Shakespeare & Company announced it will offer virtual screenings of Shakespeare’s King Lear featuring acclaimed actor and three-time Emmy winner Christopher Lloyd and directed by Nicole Ricciardi. The production was filmed in The New Spruce Theatre, Shakespeare & Company’s stunning new outdoor amphitheater. The virtual screening will be available exclusively via TheaterMania Streaming August 3 through August 28. Tickets are $25, and the show is available to stream for 72 hours after purchase.

“Nothing will come of nothing, speak again.” —King Lear 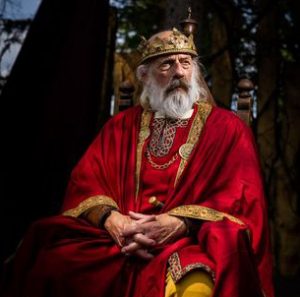 Christopher Lloyd: During a career spanning more than four decades, Lloyd made movie history with his iconic portrayal of “Doc Brown” in the Back to the Future trilogy. His wide-ranging credits include the films The Addams Family, Who Framed Roger Rabbit, Dennis The Menace, Angels in the Outfield, To Be or Not to Be, Clue, and Star Trek III: The Search for Spock, as well as the beloved television series, Taxi. Among his many theatre credits, Lloyd has appeared in Broadway productions of Morning’s at Seven, Happy End, and Red, White and Maddox and off-Broadway in The Caucasian Chalk Circle and Happy End. Lloyd has won three Primetime Emmy Awards (two for Taxi, one for Road to Avonlea) and an Independent Spirit Award. He has also been nominated for two Saturn Awards and a Daytime Emmy Award.

Shakespeare & Company: Located in the beautiful Berkshires of Western Massachusetts, Shakespeare & Company is one of the leading Shakespeare festivals of the world. Founded in 1978, the organization welcomes more than 40,000 patrons annually. The Company is also home to an internationally renowned Center for Actor Training and award-winning Education Program. Learn more at www.shakespeare.org.

TRAILER – King Lear – with Reviews (2021) from Shakespeare and Company on Vimeo.