Violinist Sean Lee has captured the attention of audiences around the world with his lively performances of the classics. A recipient of a 2016 Avery Fisher Career Grant, he is one of few violinists who dares to perform Niccolò Paganini’s 24 Caprices in concert, and his YouTube series, Paganini POV, continues to draw praise for its use of technology in sharing unique perspectives and insight into violin playing. He has performed as a soloist with orchestras including the San Francisco Symphony, Israel Camerata Jerusalem, and Orchestra del Teatro Carlo Felice; and his recital appearances have taken him to Vienna’s Konzerthaus, Tel Aviv Museum of Art, and Carnegie Hall’s Weill Recital Hall. As a season artist at the Chamber Music Society of Lincoln Center and an alum of CMS’s Bowers Program, he continues to perform regularly at Lincoln Center, as well as on tour. Originally from Los Angeles, Lee studied with Robert Lipsett of the Colburn Conservatory and legendary violinist Ruggiero Ricci before moving at the age of 17 to study at The Juilliard School with his longtime mentor, violinist Itzhak Perlman. He performs on a violin originally made for violinist Ruggiero Ricci in 1999 by David Bague. 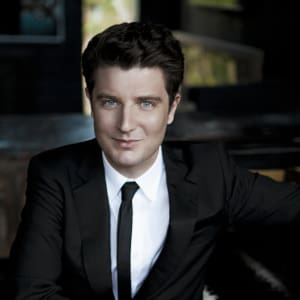 Pianist Alessio Bax—a First Prize winner at both the Leeds and Hamamatsu International Piano Competitions, and the recipient of a 2009 Avery Fisher Career Grant—has appeared with more than 100 orchestras, including the London Philharmonic, Royal Philharmonic, Boston Symphony, Dallas Symphony, Houston Symphony, Japan’s NHK Symphony, St. Petersburg Philharmonic, and City of Birmingham Symphony. In summer 2017 he launched a three-season appointment as artistic director of Tuscany’s Incontri in Terra di Siena festival, having also appeared at such festivals as [email protected], the Santa Fe Chamber Music Festival, Switzerland’s Verbier Festival, Norway’s Risør Festival, Germany’s Klavier-Festival Ruhr and Beethovenfest, and England’s Aldeburgh Festival, Bath Festival, and International Piano Series. An accomplished chamber musician, he regularly collaborates with his wife, pianist Lucille Chung, superstar violinist Joshua Bell, Berlin Philharmonic principals Daishin Kashimoto and Emmanuel Pahud, and the Chamber Music Society of Lincoln Center, where he is an alum of The Bowers Program. Fall 2019 brings the release of Italian Inspirations, Bax’s eleventh recording for Signum Classics, whose program is also the vehicle for Bax’s solo recital debut at New York’s 92nd Street Y. This season, Bax undertakes Beethoven’s complete works for cello and piano at CMS and on a forthcoming Signum Classics release with Paul Watkins of the Emerson String Quartet. At age 14, Mr. Bax graduated with top honors from the conservatory of Bari, his hometown in Italy, and after further studies in Europe, he moved to the US in 1994. 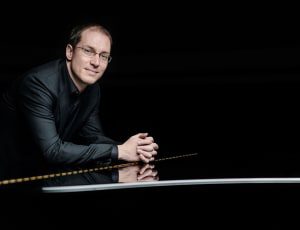 Swiss-born American pianist Gilles Vonsattel is an artist of extraordinary versatility and originality. He is the recipient of an Avery Fisher Career Grant, winner of the Naumburg and Geneva competitions, and was selected for the 2016 Andrew Wolf Chamber Music Award. In recent years, he has made his debut with the Boston Symphony Orchestra, Orchestre Symphonique de Montréal, and San Francisco Symphony while performing recitals and chamber music at Ravinia, Tokyo’s Musashino Hall, Wigmore Hall, Bravo! Vail, Chamber Music Northwest, and [email protected] Deeply committed to the performance of contemporary music, he has premiered numerous works both in the United States and Europe and has worked closely with notable composers including Jörg Widmann, Heinz Holliger, and George Benjamin. Recent and upcoming projects include appearances with the Chicago Symphony Orchestra (Bernstein’s Age of Anxiety), Philharmonisches Staatsorchester Hamburg (Gershwin’s Rhapsody in Blue), Beethoven concertos with the Santa Barbara Symphony and Florida Orchestra, as well as multiple appearances with the Chamber Music Society of Lincoln Center. An alum of The Bowers Program (formerly CMS Two), Mr. Vonsattel received his bachelor’s degree in political science and economics from Columbia University and his master’s degree from The Juilliard School. He currently makes his home in New York City and serves as a faculty member at the University of Massachusetts at Amherst.