The virtual experience is back to liven up italfestMTL, formerly known as Montreal’s Italian Week, with a renewed and overflowing programming that is complemented by a few in-person events. The festival which launched a new name and logo this year, will enhance the summer of all Montrealers in the name of the Italian culture and optimism.

ItalfestMTL is delighted to present the many artists of Italian origin who will amaze you during its 28th edition of the festival, an edition that will shine by its uniqueness and vivacity. Emerging or well-known artists will enthuse all our festival-goers and brighten up their summer days with entertainment and the richness of Italian culture. 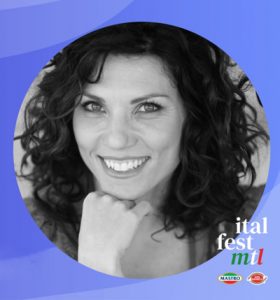 Daniela Fiorentino on Friday, August 13 at 8pm
Versatile artist Daniela Fiorentino is a singer and actress, protagonist of several successful musicals, such as “Edith Piaf, the show” which earned her numerous awards. With her soft and powerful voice, she injects jazz, Latin and Mediterranean influences into the music of her beloved Naples. She played Je renaîtrai, tu renaîtra” for the Shriners Hospital, and runs the CFMB radio show Buon pomeriggio.

Anna Liani on Thursday, August 19 at 8pm
Anna Liani is an eclectic Italian-Canadian singer-songwriter with a soft, deep and seductive voice. She has performed successfully as a soloist with Cirque du Soleil, and internationally in concert, in theatre and in cinema. Anna Liani will surprise you in a virtual Italian concert with musicians, an acrobat and a singer from Cirque du Soleil.

Manny Blu Friday, August 20 at 8pm
Montreal’s Manny Blu is an outstanding singer. After a stint as an MMA fighter, he embraced country music and went to Nashville, where he has created a unique, hard-hitting and aggressive musical hybrid of country, rock ‘n’ roll, pop and punk. His Covid-safe performances at H.O.M.E are collected on the ongoing Live & Turned Up video series, which offers a mix of original songs, fan favorites and unexpected covers. 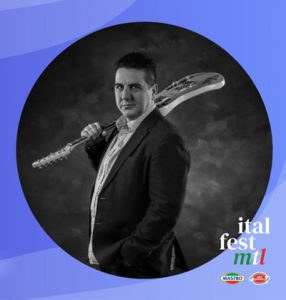 Charles V.Rox Vaccaro & Friends Wednesday, August 11 at 8 pm
Charles V. Rox Vaccaro a Montrealer renowned singer-songwriter and rock guitarist, and also founding member of LIPSTIK, a rock band that rose to fame under the management of Whitney Houston. His solo career has earned him a nomination at Hollywood Music in Media Awards and his latest single will be released this October. Giacinto Salerno is a versatile singer-songwriter and creator of the show Does Your School Rock? Sergio De Dominicis is a talented guitarist and singer-songwriter whose music project Musique à la Carte saw the collaboration of Lee-la Baum and Dave Traina from the rock group The Damn Truth.

Brigitte Pace Thursday, August 12 at 7:30 p
In 1998, Italian-Montreal singer-songwriter Brigitte Pace released her first single Save Your Soul on airplay, achieving national celebrity. She sang in several television shows, including the American anthem for the LA Kings. She has her own independent label with her partner Albe, and her latest singles are the touching Sad Eyes and Big Yellow Box which talks about the constraints of the pandemic.

Gianni Bodo Thursday, August 12 at 8 pm
Gianni Bodo is a rock, pop and indie style singer-songwriter. We will remember his critically acclaimed debut album Fade to Rose, his appearances at our festival, as well as for the concert of the famous Italian singer Claudio Baglioni. His latest single, the first in French, Si je pars is already a success.

Marco Bocchicchio Friday, August 20 at 7:30 pm
Marco Bocchicchio was discovered in 2008 on the show La Cour des Grands. He played in the musical The Sound of Music, and went on tour with great Quebec singers such as Mario Pelchat and Johanne Blouin. In 2014, he won Superfantastico and in 2019 he released his second solo album La Vie Devant Moi. 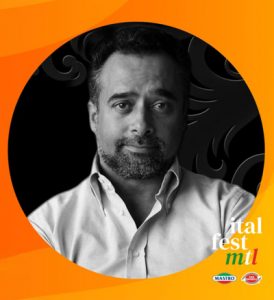 Franco Taddeo Wednesday, August 11 at 7:30 pm
Having the mission of breaking the barrier between audience and performer, Franco Taddeo has been, amongst others, a star of the TV Comedy Special – Whose Canada is it? and you can enjoy listening to him on CBC Radio-1 Montréal – Daybreak. Franco’s first Album Franco Taddeo – You never stop sold worldwide.

Guido Grasso Wednesday, August 18 at 7:30 pm
Actor and comedian, Guido Grasso played Peter Magaddino in the film Bonanno: A Godfather Story and starred with Martin Scorsese in Curb Your Enthusiasm. His comedy career, on the other hand, gained momentum when he opened Joe Avati’s show on a world tour.

Joe Cacchione Thursday, August 19 at 7:30 pm
Irreverent but never vulgar, comedian Joe Cacchione likes to make the whole family laugh. With more than thirty years of career behind him, this artist is well known to Montreal Italians. 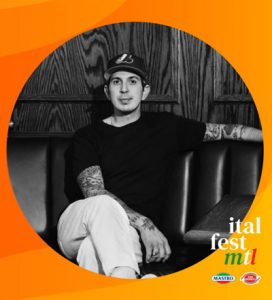 Davide Bazzali on Sunday, August 8 at 10am
Being of Italian origin, chef Davide Bazzali spent his formative years in Parma, Italy. After his studies at the hotel school of Salsomaggiore, he traveled abroad exporting his passion and experience in Italian cuisine. Bazzali is also a tenor and owner of his company CuisineOpera.

Sandro Mauro on Sunday, August 15 at 10am
An Italian Montrealer, chef Sandro Mauro has his own Live cooking show, Cooking with Sandro, that he features on his Facebook page everyday at 6 pm with simple and amazing recipes that parents can try at home with their children.

Danny Smiles on Sunday, August 22 at 10am
In 2013, Danny Smiles joined 16 chefs from across Canada on Season 3 of Food Network Canada’s Top Chef Canada. After battling it out over 13 episodes he was declared first runner up. After his studies at Pius Culinary Institute, Smiles began cooking at the Italian restaurant Sapori Pronto. Now, he is Head Chef and Manager of the Willow Inn in Hudson. 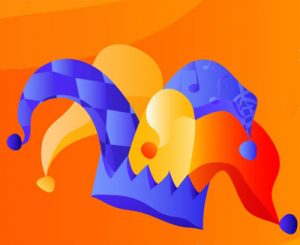 Opera night
Sunday, August 22nd at 8 pm
To end the festival on a high note, let the magnificent opera Rigoletto impress you with its talented and superb artists under the direction of Maestro Alain Trudel and the artistic director Salvatore Sciascia.

Storytime in Italian
Saturdays August 7, 14 and 21 – at 10 am
Don’t miss the magical storytime appointments for children in Italian by the pleasant Sara Ottoboni and animated by the irresistible actress and performer Tina Mancini, who will capture and entice your children to dream in Italian, all accompanied by enchanting illustrations.

A riveder le stelle. Dante Istoriato, in collaboration with the Galleria degli Uffizi di Firenze
For the entire duration of the festival, from August 6th to 22nd, you will be able to enjoy the exhibition A riveder le stelle. Dante Istoriato that makes the masterpiece The Divine Comedy accessible to the public on the occasion of the Supreme Poet Dante Alighieri’s 700th anniversary. This new virtual format is featured with marvelous drawings by the 16th century artist Federico Zuccari.

Italian Montreal, in collaboration with the Pointe-à-Callière Museum
In August, don’t miss three free virtual appointments with the roots of Italian-Montrealers as part of the Italian Montreal exhibition: two art workshop video clips, Cantina italienne on Saturday the 7th, and Vitrail Nincheri on Sunday the 8th, at 1 pm; as well as a virtual visit on Sunday the 15th at 1:30 pm in French and at 3 pm in English. Book in advance online for this virtual visit because it will be live and the space is limited. 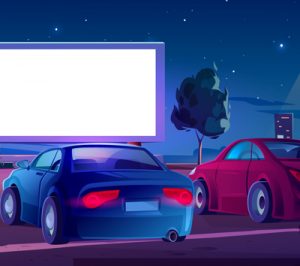 Drive-in evenings at Kirkland
Saturday, August 14 and Sunday, August 15 – 8 pm
Entertainment and the joy of being together go hand in hand at a Drive-in, a new addition of italfestMTL. The films featured The Chain on August 14th, and  Ma cosa ci dice il cervello on August 15th, at 8 pm will add a festive touch to your summer evenings.

Films at Parc Dante
Wednesdays at 9 pm
Book in advance in order to enjoy contemporary Italian cinema every Wednesday night at 9 pm in Little Italy’s Dante Park, in particular, on August 11 the dramatic comedy Est, and on August 18 the biopic Il cattivo poeta.

ItalfestMTL, formerly Montreal’s Italian Week, is a cultural event that takes place across the city and celebrates the richness of Italian culture. The celebrations surrounding the festival offer over 400,000 festival-goers a wide variety of shows and activities showcasing Italian-Canadian music, art, food, fashion and talent. This year, for the 28th edition, the festival will take a VIRTUAL TURN AS WELL AS SOME on-ground EVENTS offering a diverse programming from August 6 to 22, 2021.

Special events including the opera and fashion show were recorded live in studio and will be broadcasted on the festival website www.italfestmtl.ca. The links to each event will be available a few days before. We remind you that advance booking is encouraged for the drive-in movies, the guided tours, the films in Dante Park and the virtual visit of Italian Montreal exhibition. For more information visit www.italfestmtl.ca.