Trip to the Country

The Saskatoon Symphony Orchestra presents one last musical adventure to end their season!

After a year of musical travel, the orchestra is in need of some time to slow down and literally smell the roses. So, they are taking a trip to the country with two iconic musical idyllic adventures.

Violinist Veronique Mathieu returns to the SSO to perform Ralph Vaughan Williams’ hauntingly beautiful Lark Ascending – a performance that will surely be a highlight of our 90th season.

Conductor Maria Fuller leads the SSO through Beethoven’s Pastoral Symphony. This masterwork captures the composer’s love of a walk through the country, filled with a shepherd’s pipe, birds singing, streams flowing, and an epic thunderstorm!

Stroll through the trees, explore the wide-open prairie, and clear your mind with this uplifting performance of two of the greatest pieces ever written.

From Earl Grey, Saskatchewan, Canada, Maria Fuller is an internationally active performer as a conductor, pianist and trumpeter, and is also an acclaimed vocal coach, composer and arranger. As a conductor, Ms. Fuller has a wide range of repertoire and interests, from J.S. Bach to Steve Reich, from Richard Strauss to renowned Canadian composer, Elizabeth Raum. Equally adept in the opera pit and on the concert stage, she shows a winning charisma and infectious joy in her music-making. 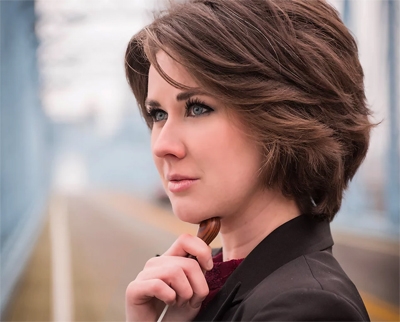 In the opera house, Fuller has worked with the Saskatoon and Cincinnati Opera Companies and most recently conducted Mozart’s La Clemenza Di Tito on the Main Stage series at the College-Conservatory of Music (CCM). Last spring Ms. Fuller served as Repetiteur and Assistant Conductor with Saskatoon Operas production of Die Fledermaus, and will return as Music Director next season. Equally adept in the ballet pit, Ms. Fuller conducted the Nutcracker with the TBSO and Minnesota Ballet last December. Maria is now the Resident Conductor and Chorus Director of the Thunder Bay Symphony Orchestra.

​On invitation, Maria’s conducting career began in the form of a third Masters degree, at CCM under the intense mentorship of Mo. Mark Gibson. In her first two years as a conductor, Maria received overwhelming acknowledgement. Maria holds a Bachelor of Music degree in Piano from McGill University, a MM in Piano, an Artist Diploma in Operatic Coaching, and a MM in Orchestral Conducting at CCM.

Described as a violinist with ‘chops to burn, and rock solid musicianship’ (The Whole Note, TORONTO), Canadian violinist Véronique Mathieu enjoys an exciting career as a soloist, chamber musician, and music educator. Recent engagements have taken her throughout Europe and Asia, and she continues to work extensively with composers. 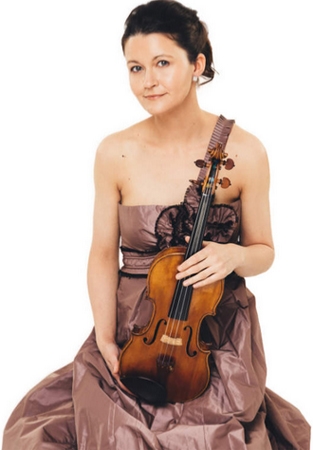 Véronique has performed as a soloist and chamber musician throughout Asia, Europe, South Africa, South America, and the United States. She is a prizewinner of the 2012 Eckhardt-Gramatté Contemporary Music Competition, the 2010 Krakow International Contemporary Music Competition, and a three-time winner of the Canada Council Bank of Instruments Competition. Ms. Mathieu holds the David L. Kaplan Chair in Music at the University of Saskatchewan where she serves as an Associate Professor of Violin. She previously served on the faculty at the University of Kansas and State University of New York, in Buffalo.

Véronique has performed as a soloist with orchestras such as the National Arts Centre Orchestra, Shenyang Symphony Orchestra, Esprit Orchestra, Oakville Symphony Orchestra, the Filarmonica de Americana, Kokomo Symphony, Columbus Indiana Philharmonic, and the Montreal Contemporary Ensemble. Recently she has given solo performances in China, Georgia, Italy, Vietnam, as well as world premieres of works by Brian Harman and Adam Scime. Her recent CD debut of solo works by Boulez, Donatoni, and Lutoslawski was praised as a recording of “outstanding violin playing” and “stunning [performance] with amazing technique”.

Véronique won many prizes in Canada before completing her Bachelor’s Degree in Music at the Québec Conservatory. She obtained an Artist Diploma with outstanding achievement in violin performance from McGill University as a student of Denise Lupien, where was a recipient of the Ethel J. Ivey Award, and the Lloyd Carr Harris Scholarship. Mathieu completed a Performer Diploma and a Master’s Degree in music at Indiana University with professor Miriam Fried while working as an Associate Instructor in violin. She also completed a Doctor of music degree in violin performance at the same institution under the guidance of Mark Kaplan, and was a fellow at the Glenn Gould School in Toronto.