We’re off to Dublin just in time to celebrate Irish culture.

Composer Paul Suchan leads the SSO through this night of traditional Irish music including favourites Molly Malone, the Cliffs of Moher, and Danny Boy!

Eileen Laverty has earned recognition as one of Saskatchewan’s most significant singer-songwriters, and an SSO favourite in her previous performances – she brings a touch of Ireland as well as her own songs to this program.

Originally from Belfast, Northern Ireland, Eileen’s family emigrated to Canada when she was six and, while she calls herself a Prairie girl, her Irish roots run deep. Her music career began with a traditional Celtic band, and it wasn’t long before she struck out on her own performing solo in folk clubs and taverns and trying out her own originals.

Laverty’s unique brand of folk music has led to television and film features, and landed her performances with a diverse range of artists, including Kenny Rogers, Tom Cochrane, and the Saskatoon Symphony Orchestra. Her songs have been covered by several artists– most notably, Canadian Tenor John McDermott, and Irish star Mary Black. Eileen’s recording, “Tread Softly” was featured on the Songs Inspired By Literature compilation alongside tracks by Steve Earle, David Bowie, Tom Waits, and Rosanne Cash. 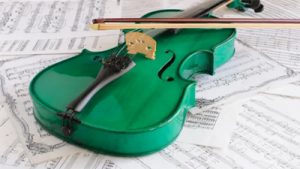 Kim de Laforest is a multi-talented violinist (who often plays in the SSO!) who splits her time between performing and teaching fiddle all over Canada. She brings her joyous sound to this wonderful pre-St Patrick’s Day concert.

In her classical world, Kim spent 10 years with the Regina Symphony Orchestra before moving to Saskatoon in 2000. As a member of the Saskatoon Symphony, Kim has served as the assistant concertmaster, principal second violin, principal viola, and section viola player. She has been soloist, concertmaster, and section player of the University of Regina’s Chamber Orchestra, Musica Viva, and the South Saskatchewan Youth Orchestra.