Holly Cole Live From Under The Neon Palms

“Holly Cole Live From Under the Neon Palms” was recorded at the iconic El Mocambo in Toronto, Ontario and will be hosted by Jazz.FM Afternoon Drive host Brad Barker. The concert will be available for free at www.elmocambo.com, www.jazz.fm, Le Festival International de Jazz de Montreal’s Facebook, and Holly Cole’s Facebook where Holly will be chatting with fans directly during the show. Tune in to any of these links at 8:00pm EST on Friday April 2, 2021 to watch. 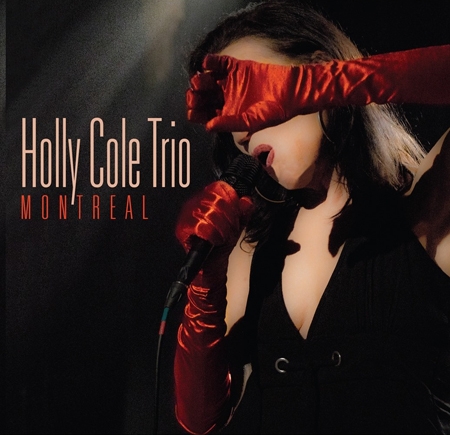 Back in the Spring of 2019, Holly Cole, in recognition and celebration of the 40th anniversary of Le Festival International de Jazz de Montreal decided to reform the original Holly Cole Trio, including David Pitch on Bass and Aaron Davis on Piano to perform live in the very intimate cabaret “Lion D’Or, during the Festival de Jazz, July 2-5. It’s been over 25 years since the band performed live as the Holly Cole Trio and these very special performances would bring back many memories of superlative Trio performances in Montreal at the old Club Soda, Spectrum and Place Des Arts. The revival performance was recorded and arranged into a new album entitled Montreal. The Holly Cole Trio recorded together under that name starting in 1986 and from 1990 -1996 made the international best-selling recordings and toured the world with Blue Christmas, Girl Talk, Blame It On My Youth and Don’t Smoke in Bed. Blame It On My Youth was responsible for the international hit recording and video of “I Can See Clearly Now”. Since that time Cole has gone on to record numerous successful solo recordings, including 2018’s HOLLY, all with Aaron Davis on piano and often with David Piltch on Bass however they never toured or played live as a unit again until the 2019 Montreal dates.

The relationship with the Festival is so special that in 2013, the Festival made Cole the 15th winner of their highly prestigious Ella Fitzgerald Award. The award is annually conferred upon “A jazz singer whose talents have had a major impact and influence on the international scene”. Holly is one of only two Canadians to ever receive this prestigious award. Other winners include Sade, Aretha Franklin, Harry Connick, Jr. and Etta James.

The first track and lyric video is a version of a show tune from Damned Yankees, titled “Whatever Lola Wants”. The musical opened on Broadway in 1955 and is a song only Holly and the guys could find and so successfully contemporize!

Holly states, “the moment I heard “Whatever Lola Wants” I knew it was perfect for us. Sexy, provocative, enigmatic and completely open to interpretation.”