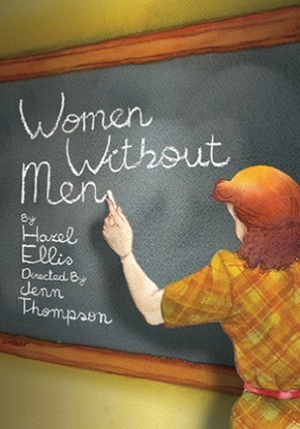 Women Without Men is a workplace drama laced with biting humor, set in the teacher’s lounge of a private girls’ boarding school in Ireland in the 1930s. The play explores the clash of conflicting natures and petty competitions that erupt amongst the school’s cloistered teaching staff. Playwright Hazel Ellis began her theatrical career in the 1930s as a member of the acting ensemble of the Gate Theatre in Dublin. She went on to write two plays for the company, including Women Without Men which was produced at the Gate in 1938. Despite acclaim, the play was never published or revived — until Mint Theater produced the play’s belated American premiere to much acclaim in 2016 at New York City Center Stage II.

“IMPRESSIVE… VERY SUCCESSFUL… THE MINT’S UNIFORMLY FINE PLAYERS, DIRECTED BY JENN THOMPSON, GET TO SINK THEIR TEETH INTO A RANGE OF JUICY CHARACTER ROLES..” – The New Yorker

Mint Theater Company’s Silver Lining Streaming Series is offering Free, On Demand Streaming of six productions from the Mint Archives over the next six months. To receive the password, click this link and complete the form.