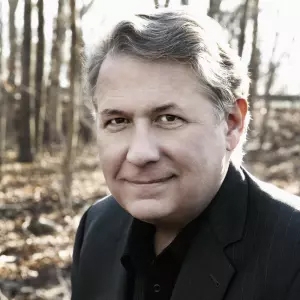 Founding Emerson String Quartet member Philip Setzer, who was a student of Shumsky, hosts an evening devoted to the legendary violinist Oscar Shumsky (1917-2000). Fellow Shumsky students Ida Kavafian and Eugene Drucker, Shumsky’s recording producer Eric Wen, with special guest Eric Shumsky, the violinist’s viola-playing son, join for an in-depth exploration of Shumsky’s life. They shed light on the violin playing of this great master, who is too-often unsung and undiscovered, despite the frequent comparisons to only the most legendary of violinists, like Heifetz and Kreisler.

The American violinist Oscar Shumsky, born in Philadelphia was regarded by many musicians as one of the greatest violinists of the 20th-century. His intensely communicative yet refined playing combined the grand romantic tradition of Russian violinists with the same dash of eloquence that characterized the playing of his idol, Fritz Kreisler. His immaculate technical command was legendary, and his lyrical playing was distinguished by a luscious warmth and highly expressive intonation. His musical memory was staggering; he could play entire passages of an orchestral score on the violin.

Born to Russian immigrant parents in Philadelphia, Shumsky began studying the violin at the age of three. His outstanding talent was recognized early, and in an era of such remarkable prodigies as Yehudi Menuhin, Ruggiero Ricci and Guila Bustabo, he held his own.

After playing for Leopold Stokowski, the conductor pronounced the young violinist,”the most astounding genius I have ever heard.” In 1925, Stokowski invited Oscar Shumsky to appear as soloist with the Philadelphia Orchestra in Mozart’s Violin Concerto No 5 in A major. Later that year, Shumsky began studying privately in New York with the renowned violin pedagogue Leopold Auer, who had taught Heifetz, Elman, Milstein and Efrem Zimbalist, father of the film star.

As a child, Shumsky performed several hundred concerts, often appearing with the pianist and conductor Ernest Schelling, the founder of a series of young people’s symphony concerts. On one occasion, Schelling arranged for young Shumsky to play for Fritz Kreisler. After performing several pieces, he gave the great Austrian violinist a surprise by playing Kreisler’s then unpublished solo cadenza for the first movement of the Beethoven Violin Concerto. Shumsky had heard Kreisler perform the concerto twice in concert, and had reconstructed the cadenza from memory. Deeply impressed, Kreisler predicted that the young prodigy would become one of the finest violinists of the century.

In 1959, he became co-director, with the pianist Glenn Gould, and Leondard Rose, of the Stratford festival in Ontario, Canada. Gould and Shumsky performed frequently in duo sonatas, and were often joined by the cellist Leonard Rose in trios. He also established himself as a superb teacher at the Curtis, Juilliard and Peabody conservatories, as well as at Yale University. His students included Steven Staryk, Kathleen Lenski, Elliot Chapo, Ida Kavafian, Eugene Drucker and Philip Setzer, the last two members of the Emerson Quartet.

Shumsky’s primary instrument was the 1715 “Rode, ex-Duke of Cambridge” Stradivarius, but he also used a modern Italian violin by Enrico Rocca. His recorded legacy includes the unaccompanied sonatas by Bach and Ysaÿe, concertos by Bach, Mozart, Beethoven and Glazunov, the complete Mozart violin sonatas (with Artur Balsam) and sonatas by Brahms, Grieg, Dohnanyi and Leo Weiner. He also made several discs of short pieces by Kreisler and the complete Brahms Hungarian Dances. Oscar Shumsky recorded with his son Eric Shumsky the entire Duo literature for violin and for viola.

The Musical Heritage series explores the musical legacies of towering figures in classical music through exceptional conversations with the artist’s students and colleagues along with film clips, historical photos and relevant documents.

To attend this free online event please register in advance. After registering, you will receive a confirmation email containing information about joining the webinar.