In December, Early Music Vancouver (EMV), announced the appointment of Suzie LeBlanc C.M. as Artistic and Executive Director. LeBlanc is the first female to take the helm at EMV since its founding in May 1970. She will assume the role on January 4, 2021.

A charismatic and tireless champion of early music and Acadian culture, LeBlanc is an internationally celebrated Canadian soprano, an early music specialist and educator who is admired by artists and administrators alike. Born in New Brunswick, and a long-time resident of Montreal; she has managed a globe-spanning career for 35 years, has served as Director of Cappella Antica at McGill University since

2018, and was the Founder and Artistic Director of Le Nouvel Opéra from 2005-2019. LeBlanc has been awarded four honorary doctorates for her immense contributions to music and music education, and was named a member of the Order of Canada in 2015.

“I am tremendously excited to be joining an organization I have long admired – and with whom I have a deeply personal connection – having first performed with EMV in 1984. As I lead EMV in its next chapter, I approach this opportunity with great enthusiasm and a profound sense of responsibility,” says LeBlanc. 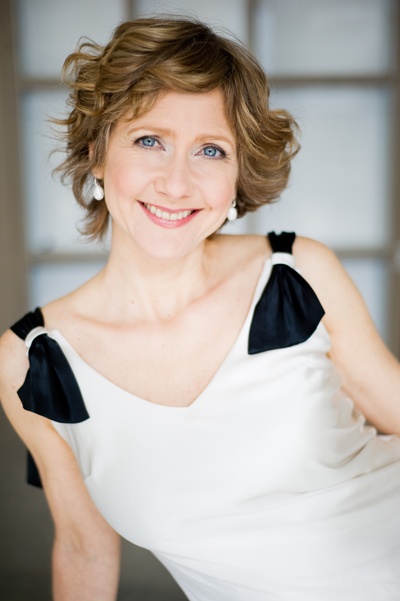 Suzie LeBlanc has received international acclaim for her 70 professional recordings, including a GRAMMY Award for Lully’s Thésée
Photo: Tara McMullen

In a recent interview, Suzie noted; “EMV is unique in Canada because they both produce their own concerts as well as presenting other performances as a concert producer.” Continuing, she adds; “I’ve has a long association with the EMV, starting with my first professional performance in 1984.”

EMV now offers the largest programme of its type in North America, presenting and producing an average of 50 to 60 concerts per year featuring internationally renowned local, regional, and guest artists. EMV has a Main Season that runs through the Fall, Winter, and Spring, as well as a growing annual summer festival that was rebranded as the Vancouver Bach Festival in 2016. In 2019,

“We are in an unprecedented time fraught with challenges, but also with great opportunity. I look forward to building on the strong foundations of EMV and its excellent reputation to create meaningful and inspiring experiences for performers and audiences alike. Throughout my career, it has been important to me to uncover the work of women composers and amplify undervalued voices in historical music.” Recognizing that a solid reputation is an asset in attracting top-flight performers, the search committee encouraged Suzie to continue performing.

“Recently, it has been my pleasure to provide mentorship to young Indigenous artists working to include an Indigenous narrative within the Early Music community. I look forward to collaborating with like-minded artistic and community organizations in Vancouver to foster sustainability, diversity and inclusion.”

LeBlanc brings with her artistic credibility and extensive accomplishments in organizational stewardship, mentorship, programming, and fundraising initiatives, coupled with key relationships across the local, national and international music sector.

Fran Watters, EMV Board President stated; “At the conclusion of an extensive international search, it was clear to all involved that Ms. LeBlanc was the perfect leader to step into this demanding role at this extraordinary time in our collective history. Only the third individual to occupy the position in EMV’s 50-year history, LeBlanc brings a wealth of unstoppable stamina, intellectual rigor, and inspired creativity to the role. “Her appearances as a performer have consistently been some of our audience’s most memorable concerts. We look forward to what we know will be equally memorable: her artistic vision, her programming initiatives, her sense of innovation, and her impact on the EMV community and beyond.”

She has performed on main stages throughout Europe (1987-1999) including Het Concertgebouw, De Nederlandse Opera, The Vienna Konzerthaus, Wigmore Hall, and the Proms in London. She has toured the globe with world leading Early Music ensembles and worked with conductors and collaborators Ton Koopman, Sigiswald Kuijken, Richard Egarr, John Toll, Emma Kirkby, Rachel Podger, and Stephen Stubbs. Returning to Montreal in 2000, she performed with major symphony orchestras on both sides of the border. Her 70 professional recordings have received international praise including a GRAMMY Award for Lully’s Thésée , a CINI award (Italy) for the opera Orfeo by Sartorio, and an East Coast Music Award (ECMA) for Best Classical Recording of the album I Am in Need of Music, set to the poetry of Pulitzer-Prize recipient Elizabeth Bishop.

In 2005, she founded the Montreal-based company Le Nouvel Opéra – alongside Alexander Weimann, also Artistic Director of Pacific Baroque Orchestra (PBO), who will become her collaborator once again through EMV. Le Nouvel Opéra produces baroque opera and contemporary works in Montreal, as well as Vancouver and Berlin – and has recorded several albums. Under LeBlanc’s guidance, the organization possessed a strong education mandate, offering mentorship and running workshops via Lunenburg Academy of Music Performance, the Orford Art Center and Mount Allison University. LeBlanc has always been a devoted early music educator, currently serving on McGill University’s Faculty of Voice.

EMV began the Pacific Baroque Series in Victoria, BC. It also has substantial education and outreach programmes including the Baroque Orchestra Mentorship Programme and BC Scholarship Programme. Most recently, EMV launched its Passport Series, a series of concerts that explore the diversity of music from different musical cultures on different continents, in their unique historical context. For more information about Early Music Vancouver and it’s live streaming concerts, please visit: www.earlymusic.bc.ca