The Art of Interpretation: Debussy and Stravinsky

The husband and wife duo piano team of Alessio Bax and Lucille Chung perform and discuss two incomparable works for piano, four hands. The compositional wizardry and unsurpassed creativity of both Debussy and Stravinsky (who were good friends) ushered in music’s modern age, and all of their gifts to the art are on full display in this rich and colorful program.

The Art of Interpretation series combines discussion and performance elements to delve into great works from the perspective of the musicians. The series reveals how artists arrive at their interpretations of specific musical passages and gives audiences a sense of the artists’ process as they prepare to perform a piece of music.

Video will begin at 7:30pm ET and remain on demand for one week. 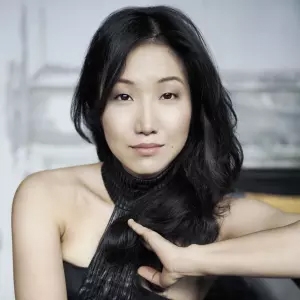 Canadian pianist Lucille Chung made her debut at the age of ten with the Montreal Symphony Orchestra and went on tour with Charles Dutoit in Asia. She has performed with over 65 leading orchestras including The Philadelphia Orchestra, Moscow Virtuosi, BBC National Orchestra of Wales, Israel Chamber Orchestra, Seoul Philharmonic, Staatskapelle Weimar, Dallas Symphony, and has appeared with conductors such as Penderecki, Spivakov, Nézet-Séguin, Petrenko, and Dutoit. She has given solo recitals in over 35 countries in venues including New York’s Weill Hall and Lincoln Center, Washington’s Kennedy Center, the Concertgebouw in Amsterdam, the Wigmore Hall in London, and Madrid’s Auditorio Nacional. Festival appearances include the Verbier, Bard, Music@Menlo, and Santander festivals. She has received excellent reviews for her discs of the complete piano works of Ligeti and Scriabin on the Dynamic label, garnering five stars from BBC Music Magazine and Fono Forum (Germany), as well as the highest rating, R10, from Répertoire Classica (France). Her vast discography includes Saint-Saëns piano transcriptions, Mozart rarities, and more recently for Signum Records, a piano duo album with Alessio Bax, Poulenc piano works, and Liszt piano works. Ms. Chung graduated from both the Curtis Institute and The Juilliard School before she turned 20. She furthered her studies in London, at the “Mozarteum,” and in Imola, Italy. She and her husband, pianist Alessio Bax, live in New York City with their daughter Mila and are co-artistic directors of the Joaquín Achúcarro Foundation. 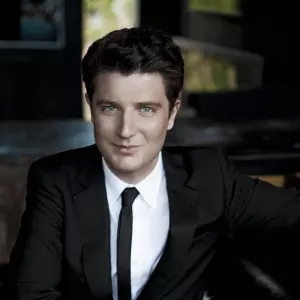 Pianist Alessio Bax—a First Prize winner at both the Leeds and Hamamatsu International Piano Competitions, and the recipient of a 2009 Avery Fisher Career Grant—has appeared with more than 100 orchestras, including the London Philharmonic, Royal Philharmonic, Boston Symphony, Dallas Symphony, Houston Symphony, Japan’s NHK Symphony, St. Petersburg Philharmonic, and City of Birmingham Symphony. In summer 2017 he launched a three-season appointment as artistic director of Tuscany’s Incontri in Terra di Siena festival, having also appeared at such festivals as Music@Menlo, the Santa Fe Chamber Music Festival, Switzerland’s Verbier Festival, Norway’s Risør Festival, Germany’s Klavier-Festival Ruhr and Beethovenfest, and England’s Aldeburgh Festival, Bath Festival, and International Piano Series. An accomplished chamber musician, he regularly collaborates with his wife, pianist Lucille Chung, superstar violinist Joshua Bell, Berlin Philharmonic principals Daishin Kashimoto and Emmanuel Pahud, and the Chamber Music Society of Lincoln Center, where he is an alum of The Bowers Program. Fall 2019 brings the release of Italian Inspirations, Bax’s eleventh recording for Signum Classics, whose program is also the vehicle for Bax’s solo recital debut at New York’s 92nd Street Y. This season, Bax undertakes Beethoven’s complete works for cello and piano at CMS and on a forthcoming Signum Classics release with Paul Watkins of the Emerson String Quartet. At age 14, Mr. Bax graduated with top honors from the conservatory of Bari, his hometown in Italy, and after further studies in Europe, he moved to the US in 1994.