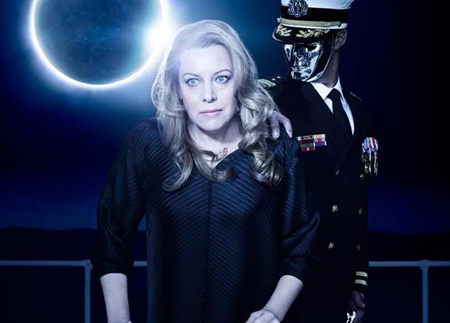 Met audiences were fascinated by Mariusz Treliński’s gripping, visionary production of Wagner’s epic opera. In the daunting title roles of the doomed lovers, Nina Stemme and Stuart Skelton are passionate, overwhelming, and heartbreaking as they battle every obstacle that separates them from their true destiny. René Pape is King Marke, betrayed not only by Isolde but by Tristan, the man he most trusts and loves like a son. With Ekaterina Gubanova as Isolde’s confidante Brangäne and Evgeny Nikitin as Kurwenal, Tristan’s loyal lieutenant. Simon Rattle conducts a surging, shimmering account of Wagner’s monumental score. 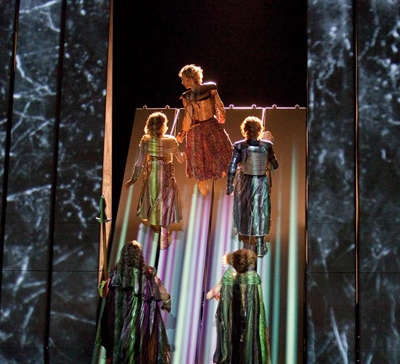 From the gorgeous scene deep in the river Rhine that opens the opera, up to the magic Rainbow Bridge that appears at the end, leading to a glistening Valhalla, Otto Schenk’s production captures the scenic world of Wagner’s Ring as brilliantly as James Levine and the Met orchestra capture the musical world. The cast is incomporable: an astounding James Morris as the young god Wotan, the great Christa Ludwig as his wife Fricka, incandescent Siegfried Jerusalem as Loge, the wily god of fire, and Ekkehard Wlaschiha as a complex Alberich. 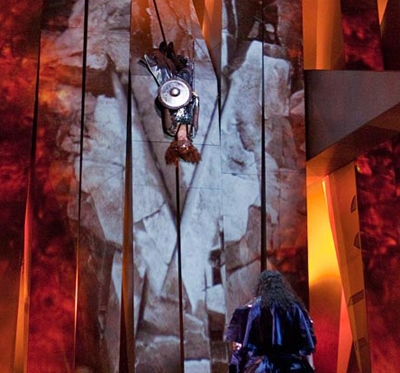 The gorgeous and evocative Otto Schenk/Günther Schneider-Siemssen production continues with this second opera in Wagner’s Ring cycle. Hildegard Behrens brings deep empathy to Brünnhilde, the favorite daughter of the god Wotan (James Morris) who nevertheless defies him. Morris’s portrayal of Wotan is deservedly legendary, as is Christa Ludwig, as Fricka. Jessye Norman and Gary Lakes are Sieglinde and Siegmund, and Kurt Moll is the threatening Hunding. James Levine and the Met orchestra provide astonishing color and drama.

Siegfried’s magical world is brilliantly evoked in this Otto Schenk/Günther Schneider-Siemssen production. Our storybook hero (Siegfried Jerusalem) forges his sword, uses it to kill the dragon (marvelous Matti Salminen as Fafner), discovers treasure, and awakens the sleeping Brünnhilde (a powerful Hildegard Behrens), oblivious to the ring of fire that has been protecting her. James Morris, in sumptuous voice, is deeply moving as the Wanderer, the god who cannot stop Siegfried’s destiny.This is James Levine and the Met orchestra at their very best. 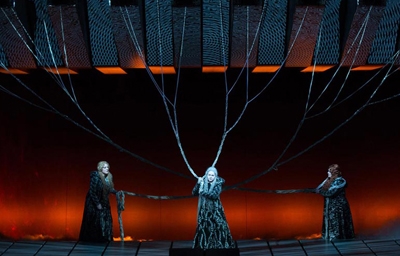 The stupendous climax to Wagner’s four-part Ring cycle is brilliantly realized by the Otto Schenk/Günther Schneider-Siemssen production and byJames Levine’s monumental conducting. The Met orchestra, chorus, and an all-star cast make this Götterdämmerung one that truly rises to the occasion. Hildegard Behrens’s Brünnhilde must be experienced to be believed, as does Matti Salminen’s richly sung, domineering Hagen. At the center of the drama is Siegfried Jerusalem as Siegfried, who does not realize he has been drawn into a plot of betrayal until it is too late. Christa Ludwig is magnetic as Waltraute and Ekkehard Wlaschiha is a compelling Alberich. 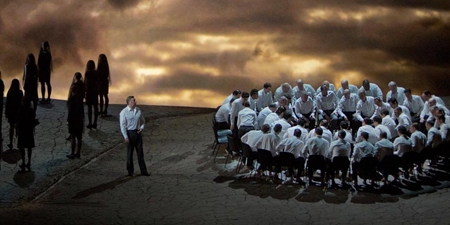 The Met assembled an ideal cast for François Girard’s acclaimed new production of Wagner’s final masterpiece. Jonas Kaufmann in the title role of the fool “made wise by compassion” is as convincing vocally as he is haunting dramatically, delivering a thoroughly moving portrayal. René Pape is equally compelling as Gurnemanz, the veteran Knight of the Grail, and Katarina Dalayman thrillingly brings out the dual sides of Kundry. Peter Mattei is Amfortas, the anguished ruler of the Grail’s kingdom, and Evgeny Nikitin sings the evil magician Klingsor. Daniele Gatti on the podium reveals both the serenity and dramatic tension of what may be Wagner’s greatest score.