Fred Pye, president of 3iQ leaned back in his booth at Pointe Claire’s Ye Old Orchard pub and smiled. “Bitcoin is the best performing asset class of the last decade,” said Pye, who struggled for almost five years to get regulatory approval for The Bitcoin Fund, which began trading earlier this year. “Now, Canadians have a way to invest in a technology that will change not just the financial system, but the protocols underlying the internet itself.”

Pye’s win is far from a local story. Improved regulatory cover for Bitcoin, a reserve asset of limited supply, upon which developers are building a new payments infrastructure, could have global implications during a time when governments are printing and spending national currencies at a potentially “infinite” pace. Less well-known is the crucial role that a disparate bunch of Montreal hackers, coders and innovators played in driving the adoption process, many of them just kids. 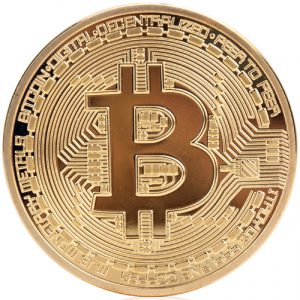 “My generation is slow to catch on, but millennials get it,” said Pye. “When I first started 3iQ I couldn’t find any institutional researchers who could provide reliable analysis about all of the copycat “Alt-Coins” that were being released. So we would organize brainstorming sessions in our basement with my son’s (Daniel Pye’s) friends. Most of their insights proved bang on. Pye loves to tell the story of group member who insisted on getting all of his allowance in Bitcoin. Today the kid is worth over $100,000 … and he hasn’t even finished college.

Digital sovereignty: helping women and the unbanked
Elisabeth Prefontaine, president of Octonomics, a research and consulting firm, is another Montrealer who early on identified the potential of Bitcoin, which originated when the pseudonymous Satoshi Nakamoto posted a 2008 white paper to a cryptography forum that described a new form of “peer-to-peer electronic cash.” Several months later Nakamoto sent several bitcoins to coder Hal Finney, and a revolution was launched. Hackers rushed to set up online forums, propose code upgrades and start “mining” operations that enabled them to earn Bitcoins on their personal computers.

“Bitcoin is neutral and inclusive by design and has many of the same properties as physical cash,” says Prefontaine, who values its privacy features. “Why should I need to know who you are to sell you a book?” Less well documented are the vast benefits that access to crypto currencies would provide to the billions of “unbanked” poor people, whom financial institutions ignore because they are not profitable enough. Women, whom in many countries are forbidden from owning financial assets, stand to be also big winners.

Financial community catching on
In recent weeks many of the big boys have been catching up to Pye. Legendary hedge fund manager Paul Tudor Jones recently announced that he was taking a position in Bitcoin. Soon after MicroStrategy became the first public company to announce that it would hold most of its cash in the digital asset. “Bitcoin has many characteristics of what you might call “digital gold,” says Pye. “It functions as store of value, a non-correlated asset class and is backed by the world’s most powerful computer network.”

Investors have been increasingly recognizing that potential. Bitcoin, which traded near the USD $100 range as late as 2013, was worth more than USD $10,000 as we went to press. There could be much more to come. Mike McClone, a senior commodity strategist at Bloomberg, points out that while Bitcoin will continue to see price fluctuations that characterize technology investments such as Amazon and Apple (both of which lost 90% of their value at one point) the crypto currency could rise a further ten fold during the coming decade. Not everyone agrees. Steve Poloz, the former governor of the Bank of Canada famously likened Bitcoin trading to “gambling.”

A group of Montreal hackers, coders, and innovators
Pye’s five-year battle to get the Ontario Securities Commission to authorize The Bitcoin Fund is part of a much larger global battle to win public acceptance for digital assets, a battle in which many Montrealers played key roles. One of these was Francis Pouliot. While an immaculately dressed Pye has been tirelessly counting regulators and high net worth investors, a jean and T-shirt clad Pouliot came to public attention during his work at The Bitcoin Embassy, a building made available by a local entrepreneur, where many of the city’s original crypto innovators would gather. 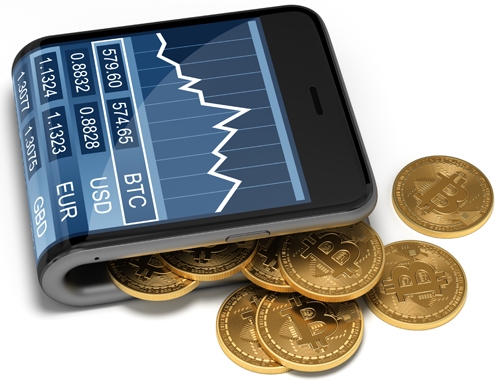 Pouliot, a former contributor to the Montreal Economic Institute, is currently president of Bull Bitcoin and Bylls, which in 2013 became the world’s first Bitcoin bill payment processing firm, was also a key figure in a civil war in the Bitcoin community that culminated in 2017, which pitted traditionalists who wanted to keep the network more decentralized and safer against those who wanted to increase its functionality.

Maciej Cepnik, and Gustavo Flores of Veriphi, a Bitcoin consultancy, which produces some of Canada’s best original sector related content, are also gaining recognition for their educational videos, which are published for free on YouTube, and papers, one of which was recently highlighted on the prestigious website Coindesk.

Knox Custody (which provides insured crypto custody services), Catallaxy/Raymond Chabot Grant Thorton (which provides digital asset auditing and consulting services) and Blockstream (which manages mining operations, the Liquid sidechain and is a key driver of the Lightning payments network being built on top of the Bitcoin blockchain), also all have Montreal roots.

Exposure to an emerging asset class
The biggest innovation that Pye and The Bitcoin Fund are providing is a way for ordinary Canadians to get exposure to the asset class in their investment accounts, RRSPs or TFSAs, in a way that has regulatory, custody and counterparty safety features. Indeed one of Bitcoin’s ironies is that a crypto currency that was designed to democratize finance and make electronic cash available to the masses has been that it is extremely dangerous to buy and hold.

A slew of Canadian and international bitcoin exchanges ranging from Mount Gox to Quadriga have been hacked, defrauded, or gone bankrupt. Many cold storage and online wallets for their part have been shown to have a range of counterparty and security vulnerabilities and the complicated Bitcoin Core software wallet is essentially unusable to the average person.

Montreal: world class potential as a Bitcoin hub
Indeed experts say that Montreal and Quebec have many of the qualities it takes to build a significant global innovation cluster in the digital currency space on par with Silicon Valley, Wyoming, and Zug Switzerland. The bad news is that getting crypto entrepreneurs on the same page is like herding cats. As Prefontaine notes, the upshot is a range of missed opportunities such as when Hydro Québec refused to sell its excess power to Bitcoin miners at internationally competitive prices. With the exception of a few players, miners essentially migrated elsewhere.

However all is not lost. Desjardins Group for its part, which operates under a different regulatory structure than financial institutions in the rest of Canada, has a unique opportunity to grab business from other provinces by offering banking and other services to digital asset providers, as could Quebec universities and venture capital funds.

Pye, whose Bitcoin Fund’s assets under management at press time were nearing $100 million, is confining his role to leading by example. Sadly, that process that is gradually drawing him outside the province. Pye already spends most of his time in Toronto. During the coming months, potential listings of The Bitcoin Fund in global financial centers ranging from Gibraltar to Dubai could increasingly take him even farther than that.

Peter Diekmeyer is a Montreal-based business writer, contributing to many business publications, including The National Post. [email protected]