Wynton Marsalis once called pianist Christian Sands a “jazz star of the future,” and that future has arrived. The composer has five Grammy Award nominations & years of experience in bands led by masters like Christian McBride plus several outstanding albums under his own name.

“…Christian Sands plays with a restrained touch and a rolling command across the entire keyboard.”
– The New York Times 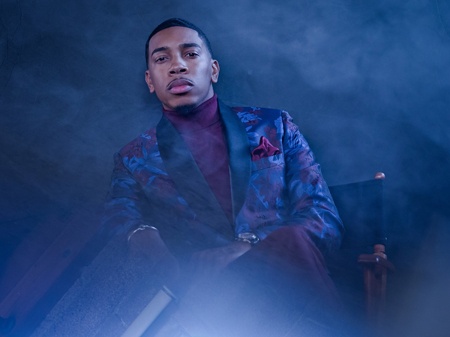 Christian Sands is an emerging jazz force. He possesses technique in abundance, but it perfectly matches his conception. His use of understatement accomplishes a much deeper musical goal. He takes a fresh look at the entire language of jazz: stride, swing, bebop, progressive, fusion, Brazilian and Afro-Cuban. He says, “My music is about teaching the way of jazz and keeping it alive. Born May 22, 1989, Christian possessed an insatiable appetite for music. He was enrolled in music classes at age 4 and wrote his first composition at age 5. He received his Bachelor of Arts Degree from Manhattan School of Music.

His meteoric rise in the jazz world already includes two appearances at the 2006 and 2007 Grammy Awards, including an outrageous, highly publicized duet with legendary pianist Oscar Peterson. At the young age of 20 he received two GRAMMY Nominations for Best Latin Jazz Piano Solo, and Best Latin Jazz Album for his performance on Bobby Sanabria’s “Kenya Revisited” featuring Candido Camero. He is the protégé of Dr. Billy and has been featured on several performances with him at Washington DC’s John F. Kennedy Center for the Performing Arts. Following in his mentor’s foot steps he encourages, inspired and advocates for the preservation and history of Jazz. He teaches and promotes to young people as well as mature audiences the passion and richness jazz offers…

This Live from Dizzy’s performance will be filmed at Frederick P. Rose Hall in New York City in accordance with the New York State Department of Health Interim Guidance on Media Production during the Covid-19 Emergency.

Live From Dizzy’s
$10 Virtual Ticket
Your virtual ticket purchase helps to support Jazz at Lincoln Center
You’ll receive a private link and password a few hours before the concert. If you purchase your streaming access the night of the concert your private link will be included in your confirmation email. Catch a rebroadcast in your time zone if you miss the live performance.

For more information about this concert and to purchase your virtual ticket, visit: https://jazzatlincolncenter.squarespace.com/dizzys-club