Joe Bonamassa is bringing the music back to the people in an epic VIRTUAL PAY-PER-VIEW CONCERT for one night only on Sunday, September 20, 2020 at 4pm ET. 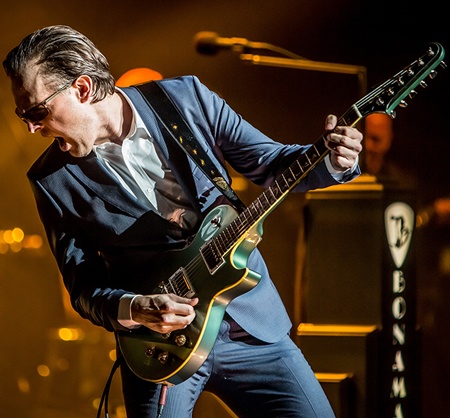 Joe Bonamassa is one of the biggest names in Blues Rock. He has 22 #1 Billboard Blues albums. Joe Bonamassa was found to be a genuine guitar prodigy before he was a teenager. He was featured on local news shows and playing in professional bands throughout school with members three times his age. He started opening for B.B. King when he was only 12 years old.

This virtual event will bring fans together around the world as Bonamassa broadcasts to their living room in an unforgettable night of Blues Rock!

Each ticket purchased includes a donation to the Keeping The Blues Alive Foundation for Joe’s Fueling Musicians Program to help musicians in need during this pandemic.