On August 9, 2020, Salome Bey passed away; and Canada – and indeed the world – lost one of the greatest blues and gospel singers of her generation. Born in the U.S., Salome lived in Toronto and won many awards for her versatile ability to sing jazz, blues, gospel and rhythm ‘n’ blues. And while her career centered in Toronto, Dr. Trevor Payne wants Montrealers to know about Salome’s contribution to The Montreal Jubilation Choir, our city’s beloved Ambassadors of Joy.

Ms. Bey has already been eulogized in The Globe & Mail, The Toronto Star and The Montreal Gazette. However, we thought our readers would also like to know how Salome Bey’s contribution to The Montreal Jubilation Gospel Choir’s first recording helped to propel the choir to international acclaim and stardom.

In a recent interview with music writer Rick Keene, Dr. Payne said; “In the beginning with the choir, we had a very strong choral group. They were an excellent choir, but we didn’t have strong soloists. I believed then, and still believe today that it’s better to have a strong choral nucleus and be somewhat wanting for soloists – than to have strong soloists and a passable choir.”

“While over time we developed and found our own outstanding soloists; in the beginning, we would invite guest soloists to join us. Salome was our invited guest soloist when Jim West of Justin Time Records recorded our first album, Jubilation I. Katherine Dyson was playing guitar for us at that time, and she has gone on to have a terrific career. She’s played with Prince and Barry White – to name just two. Our beloved Oliver Jones played the organ for us in those early days.”

“Salome gave spellbinding performances on Yes God Is Real and Oh Mary Don’t You Weep on that special night. Salome’s voice has its own special place in gospel music. Her performances were an integral part of the recording that propelled The Montreal Jubilation Choir to international stardom.” 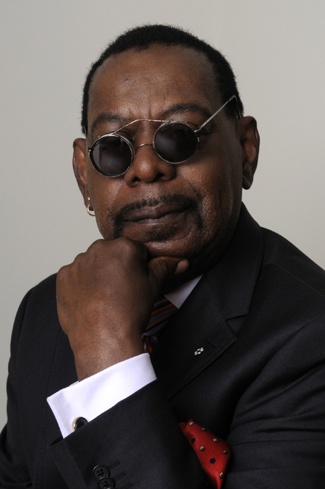 “Since that first recording with Salome, we’ve had thirty or forty choir members who have been outstanding soloists. They were all great – but, Salome was unique. She could sing with the deepest bass vocalists to the highest of the sopranos. She not only hit the notes – she embodied the music.”

Dr. Payne continues; “When she performed with us on our first album, Jubilation I; Salome was already a full-blown professional singer, director and producer. She and her husband owned a theatre called The Underground Railroad in Toronto, where they specialized in presenting black theatre and music.”

Salome Bey was nominated for a Grammy Award for her participation in the recording of the Broadway show, Your Arms Too Short To Box With God. She won a Dora Mavor Moore award for writing and performing Indigo, a musical revue that she wrote about the evolution of blues music. The show ran for thirteen months in Toronto’s Bourbon Street Club in 1978 and into ‘79. That show has been credited for opening up the demand for Black entertainers and music in Toronto. In 1996, The Black Theatre Workshop in Montreal awarded the Martin Luther King Jr. Award. In 2005 Ms. Bey was presented with an Honorary Order of Canada Award.

The Montreal Jubilation Gospel Choir has performed for Queen Elizabeth, Nelson Mandella, numerous heads of state and recorded with musical giants. But perhaps the most important audiences were the men, women and children who crowded in St. James United Church and latterly Place des Arts to warm their hearts, minds and souls as members of the Montreal Jubilation Gospel Choir came down through the aisles – singing Highway To Heaven. For all that you gave to the choir – our choir, we thank you Salome Bey. RIP.