Due to new Covid-19 safety restrictions, in-person performances must be cancelled. Livestream performances are now in the process of being arranged. Check back here for updated information, as it becomes available. 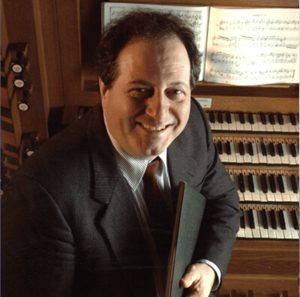 Yves G. Préfontaine studied at the Conservatoire de musique de Montréal with Mireille and Bernard Lagacé and with Scott Ross. He went to further his harpsichord studies in Amsterdam with Gustav Leonhardt. He distinguished himself in the local and national competitions Royal Canadian College of Organists and was awarded the John Robb Prize in 1971.

Very active on the Montreal musical scene, Mr. Préfontaine played at countless organ concert societies and festivals in Quebec, also in Ontario, in the United States, in Belgium and in France where he regularly performs. Much in demand for his talents as organist and harpsichordist, he played with many of the most famous Montreal ensembles such as I Musici de Montreal, Montreal Baroque Orchestra, Les Idées heureuses ensemble, etc…

In 1984, he was chosen to set up the Music Department in Marie-Victorin College in Montreal. He was head of that department for ten years and he retired after 27 years of teaching. From 2003 to 2009, he was the President of Les Amis de l’Orgue de Montréal.

In 1966, he became co-organist, with Bernard Lagacé, of the Casavant organ in Marie-Reine-des-Coeurs Shrine in Montreal. He is now the titular organist and he organizes a series of concerts every year during the month of May. Since 1994, he is also director of music and titular organist of the large French classic Guilbault-Thérien organ in Montreal Great Seminary where he organizes, every year on Sundays in October, a series of organ concerts dubbed “Festival des Couleurs de l’Orgue Français”. 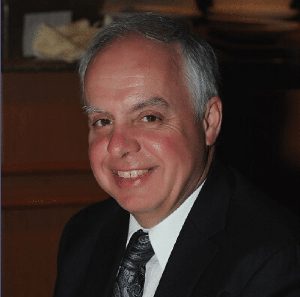 Jacquelin Rochette is a native of St-Augustin, Quebec. He acquired his musical training at Université de Laval in Québec where he earned his Master’s Degree in organ performance under the direction of Antoine Bouchard. He also studied with Antoine Reboulot. In 1979 he served as interim organist at the Québec Basilica while the organist was on a study leave. Shortly thereafter, he became the Musical Assistant Director of Les Petits Chanteurs de la Maîtrise du Chapitre de Québec.

From 1980 to 1987 he was Music Director of Chalmers-Wesley United Church in Québec City. He has performed numerous times on the CBC and recorded Vierne’s Sixth Symphony, Dupré’s Stations of the Cross, and the Fifth and Sixth Symphonies of Widor. He frequently appears as a lecturer and recitalist in Canada and the United States. He joined Casavant in 1984, first working with Jean-Louis Coignet and later serving as Associate Tonal Director before taking on the mantle of Tonal Director. His background as a trained professional organist provides him with the experience and knowledge of the organ, its repertoire and use in performance and worship 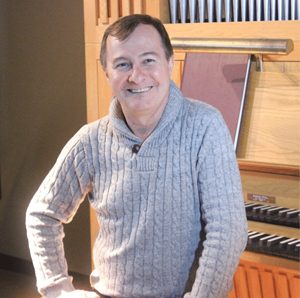 Raymond Perrin has directed the choir of the Conservatoire de musique de Trois-Rivières since 1988.  He acquired his training as an organist at the Trois-Rivières Conservatory in the classes of Bernard Piché and Noëlla Genest, then at the Strasbourg Conservatory (France) with Daniel Roth. For the choral direction, Raymond Perrin benefited from the teaching of Jose Aquino (France) and Hermann Max (Switzerland).

As a conductor or instrumentalist, Raymond Perrin performs regularly on public radio stations in Canada and the United States. He also sits on several juries for Canadian and American exams and competitions.

At the request of the Orgues et Couleurs Festival, he developed the concept of improvisation matches on the organ, an activity component that would make him known in Belgium and France. 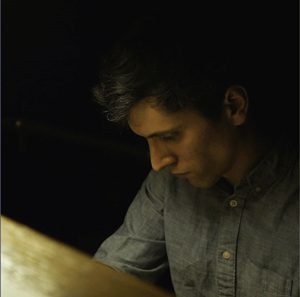 Adrian Foster is an organist and composer based in Montreal, Québec. He is the co-founder and co-artistic director of Earth World Collaborative (earthworldcollaborative.com), a creative force generating new works of music, art, film, and literature through collaboration. Adrian is active as a performer, both as a soloists and collaborative organist, and is dedicated to promoting and interpreting new music. Recent concert performances include appearances with the Société de musique contemporaine du Québec, Analog Arts, the Orchestre symphonique de Montréal, and the Canadian International Organ Competition. As a composer, Adrian has been involved in a wide range of projects, including works for solo organ and electronics, liturgical projects (“Electroacoustic Great Vigil of Easter”), and installations (Earth World’s “Ash-Wednesday Installation,” wyïśya’s “Inter-Being” sculpture). His music frequently explores electronic and ambient sound worlds.