THE OSM AS NEVER SEEN BEFORE

As gatherings of up to 250 people are now permitted, the OSM is delighted to be gradually reconnecting with its audience at the Maison symphonique, beginning in September 2020. 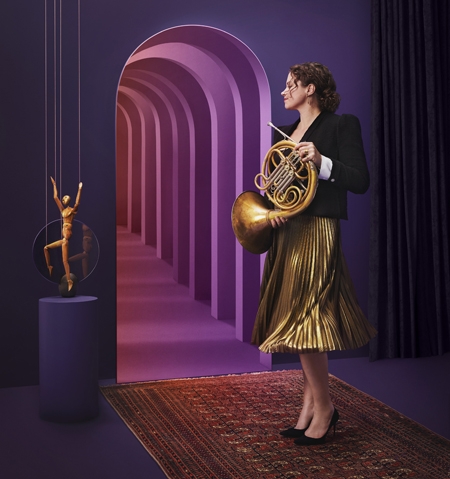 The Orchestre symphonique de Montréal is excited to unveil its fall programming, a blend of serenity, transcendence, and poignant emotion. Despite the events of the last few months and the necessity to adapt to new circumstances, the entire OSM family has been hard at work to offer concerts beginning on September 11, many of which will be available in digital format. The pace of the Orchestra’s activity will begin to pick up again as all OSM musicians kick off a 10th season at the Maison symphonique and prepare to share the stage with soloists from here! It’s a season opening as never seen before.

“In a general climate of uncertainty in which we live, to finally launch our 2020-2021 season with daring artistic vision, as if to foresee the light at the end of a long tunnel, gives us pride. Our offer for the fall of 2020 testifies to our faith in our collective resilience and expresses, once again, our sincere desire to forge and maintain strong ties with our most cherished and loyal public.” – Madeleine Careau, Chief Executive Officer, OSM

In accordance with Public Health directives, up to 250 live spectators can be accommodated per concert. Tickets are available now for OSM subscribers. Tickets go on sale for credit holders and donors as of September 3rd. The OSM fervently hopes that it will be able to welcome more live spectators in due course.

WEBCASTS OF CONCERTS
Two world-class orchestral conductors will lead these concerts: from Quebec Bernard Labadie and from Finland Susanna Mälkki! Thanks to a collaboration with well-known Quebec artist Brigitte Poupart, and developed specifically for the occasion, these concerts offer an enhanced experience, re-conceptualized staging, and exclusive content for live audience as well as for those joining from the comfort of their home.

Of the 7 concerts, 5 will be viewable directly via the osm.ca website. The public is invited to sign up HERE. A donation is required (minimum of $10 per concert). Once you have made your donation, you will be sent a link via email to view the concert. This link is redeemable for a period of 7 days following the broadcast.

All donations collected will enable the OSM to pursue its mission of education and accessibility, and moreover, in this time of global health crisis, to develop initiatives for maintaining its vital connection to the community.
In addition to concerts viewable at osm.ca, 2 concerts will be broadcast on partner platforms Medici.tv and Mezzo.
The season opening concert webcasted by Medici.tv will also be available free of charge on the OSM’s Facebook page and website. 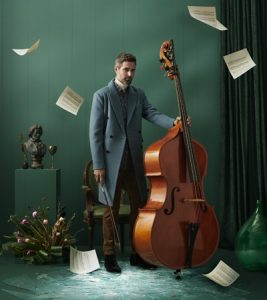 SPOTLIGHT ON BEETHOVEN: featuring local artists!
The season kicks off in grand style as the OSM welcomes great Canadian artists in connection with the 250th anniversary of Beethoven’s birth, with events that will highlight this composer’s musical affiliation with another Viennese genius: Mozart! This major celebration spans four programs conducted by Bernard Labadie and encompassing symphonies, concertos, chamber music and vocal music. For this special occasion, the OSM is proud and happy to welcome Canadian soloists Marie-Nicole Lemieux (Artist-in-Residence), Karina Gauvin, James Ehnes and Charles Richard-Hamelin, all of whom enjoy a brilliant track record with the Orchestra.

THREE CONCERTS WITH FINNISH CONDUCTOR SUSANNA MÄLKKI
World-renowned Finnish conductor Susanna Mälkki will lead the OSM for a three-concert musical itinerary. The first broadcast will notably feature one of the Romantic repertoire’s masterpieces of sensitivity: Schubert’s famous “Unfinished” Symphony. Theatricality is showcased in the second concert, which opens with Mozart’s celebrated Concerto for clarinet, performed by OSM Principal Clarinet Todd Cope. For the third concert in the series, Susanna Mälkki will conduct Gustav Holst’s The Planets, a great classic of symphonic literature that endows each planet with its own musical atmosphere. These concerts cast their vision on the human Spirit. From humankind’s earthly reality to the ideal to which it aspires, as it turns its gaze to the stars.

In The Footsteps of the Bourgeois Gentilhomme, October 6

Susanna Mälkki and The Planets, By Holst, October 13

OTHER CONCERTS THIS FALL
This fall, the OSM also welcomes Finnish conductor John Storgårds, who will direct four programs featuring symphonies by German composers. 250 spectators will have the opportunity to enjoy arrangements of Bruckner’s Symphony no.7 and Mahler’s Symphony no.10. These concerts will also shine the spotlight on OSM musicians Andrew Wan, Marianne Dugal and André Moisan.

Additionally, the OSM is delighted to welcome back to the stage Spanish conductor Pablo Heras-Casado for three concerts, including one with Artist-in-Residence Marie-Nicole Lemieux performing Chausson’s Poème de l’amour et de la mer.

Under the direction of Finish conductor Dalia Stasevska, the OSM will perform Sibelius’ Symphony no.3, as well as Artist-in-Residence Ana Sokolovic’s Concerto for Orchestra. Finally, the OSM welcomes for the first time to its stage American conductor Jeannette Sorrell for a Christmas concert of Baroque music, her area of expertise. An opportunity to be transported by emotionally supercharged music combining excitement and serenity.
www.osm.ca