A Summer of Beethoven: Montréal’s Orchestre Métropolitain and Yannick Nézet-Séguin

The Orchestre Métropolitain de Montréal (OM), their conductor Yannick Nézet-Séguin and the prestigious Deutsche Grammophon label are proud to be on the new DG Stage online portal this summer. Joining an impressive roster of internationally renowned artists, the OM will stream Beethoven’s first 8 symphonies, recorded at the Montreal Museum of Fine Arts’s Bourgie Hall.

As of July 31, audiences around the world can celebrate A Summer of Beethoven with the Montreal-based orchestra through a series of four concerts, with cutting-edge sound and visual quality. Over 50 talented musicians will join forces with the best audio and video technicians to capture the OM’s artistry in Bourgie Hall’s magnificent acoustics. With two symphonies per concert, A Summer of Beethoven is celebrating the composer’s 250th birthday.

“Live music is being transformed thanks to this Deutsche Grammophon initiative. This innovative platform features the greatest musicians in the classical world and gives audiences across the globe the chance to listen to the unique sound of my home orchestra. I couldn’t be more proud to belong to these two great families—the famous Yellow Label and the OM—while we forge a new and exciting way to experience music together.” –  Yannick Nézet-Séguin, Artistic Director and Principal Conductor, Orchestre Métropolitain de Montréal 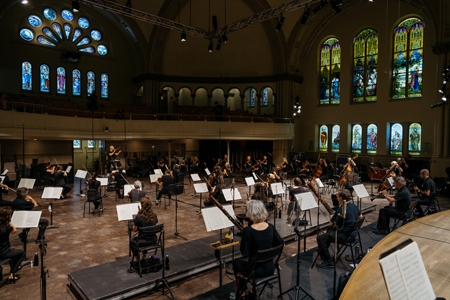 “Beethoven was a revolutionary who changed the course of music history for ever. The 250th anniversary of the composer’s birth is the moment to recall how he was driven to ‘Play on, play against all odds’. His music, his courage and his humanity are for our time and for all times. We’re delighted to collaborate with the Orchestre Métropolitain and Yannick-Nézet-Séguin and connect a global audience to A Summer of Beethoven. Their project makes the perfect match for DG Stage and adds an extra dimension to the Yellow Label’s ambitious online classical concert hall. People worldwide will be able to experience their sensational music-making live and share in the fresh perspectives they are sure to bring to Beethoven.” – Dr. Clemens Trautmann, President of Deutsche Grammophon

Each concert will cost 9.90 Euros, which is about $15 Canadian. Concerts can be streamed for 48 hours after they have been put online.
These four concerts will be available starting on July 31 through the Orchestre Métropolitain website.

Mario F. Paquet, a classical music enthusiast and host of the OM’s pre-concert talks, will present each of the 8 symphonies alongside the Orchestre’s musicians. The talks will be recorded as short videos and will stream for free on the OM’s website.

Schedule
Beethoven – Symphonies No. 2 and 4: Available starting Friday, July 31 at 2 pm Eastern Daylight Time
Beethoven composed his Symphony No. 2 while coming to terms with his incurable deafness. But what comes through is its brilliance and energy, from an artist who knew that he had everything to give and nothing else to lose. His refined Symphony No. 4 cannot fail to impress with its exceptional inspiration and compositional mastery.

Touching hearts at a safe distance
Nothing has been left up to chance during recording. The OM’s return to performing is compliant with the public health measures put in place by the Commission des normes, de l’équité, de la santé et de la sécurité du travail (CNESST). All necessary measures have been taken to ensure the safety of OM musicians, technicians and the limited number of office staff on site. This includes making sure that no one is exhibiting COVID-19 symptoms, physical distancing of 2 meters, limiting access to the hall, installing one-way corridors, disinfecting the site and requiring masks when moving around the hall.

More about the Orchestre Métropolitain
Since it was founded in 1981, the Orchestre Métropolitain de Montréal has devoted considerable importance to Canadian artists in its programming, including instrumentalists, soloists, composers, singers and conductors. Over the last 20 years, the OM has grown alongside its artistic director and principal conductor, Yannick Nézet-Séguin, whose career continues to reach new heights. Having developed an exceptional bond with his musicians, the conductor has led many memorable—and sometimes adventurous—musical performances. Last September, the OM announced that it had renewed Yannick Nézet-Séguin’s contract for life. www.orchestremetropolitain.com 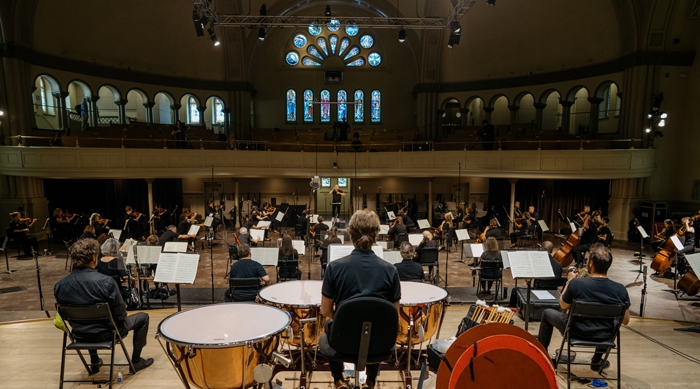