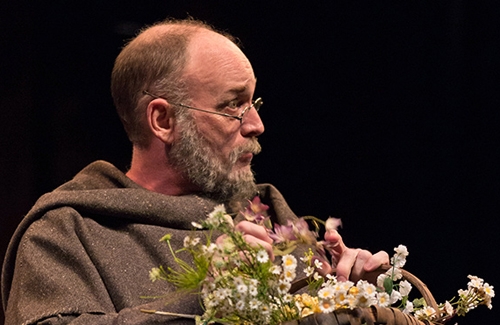 Falling headlong in love, two teenagers defy the long-simmering hatred between their families. But daring to love one’s enemy comes with a terrible cost, as the needless sacrifice of young lives brings this heartbreaking story to its tragic conclusion.

The animosity between two families of Verona, the Montagues and the Capulets, has recently boiled over, with members of the rival households brawling in the streets. One night, Romeo, a Montague, crashes a party given by the Capulets in order to meet up with a young woman called Rosaline, with whom he is infatuated. Thoughts of her vanish from his mind, however, when he catches sight of Juliet, daughter of the head of the Capulet household. Juliet is equally smitten with Romeo – but her father already has other plans for her.

“An accomplishment” – The Globe and Mail