On July the 1st, from 7:00 pm to 8:00 pm, get connected!
Striking image quality, a stylish and intimate atmosphere, renowned artists…
A surprising immersion in the heart of the Olympic Stadium awaits you…

This year, July 1st will be taking a different shape in the city of Montreal. We will celebrate our pride of being Canadians together and virtually. Today more than ever, the need to come together, to show our diversity and share precious moments with one another, is essential.

Produced in record time, the Canada Day virtual show in Montreal was pre-recorded. This innovative 60-minute series of performances will showcase Montreal’s cultural diversity in an unprecedented format, all while complying with public health authority guidelines and respecting the existing social distancing measures. Teams rallied to be able to offer you unique programming with renowned artists. Stars of the Quebec musical scene took part in this spectacle in an emblematic venue of the city of Montreal. It is therefore the first show without an audience in the centre of the Olympic Stadium grounds, a historic event!
www.canadadaymtl.ca

Artists
The program includes the Canadian national anthem, which will be interpreted by Martha and Rufus Wainwright, as well as artistic performances filmed in closed session in an exceptional site and mini-reportages on Montreal and its people. 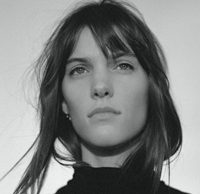 Charlotte Cardin-Goyer is a young singer-songwriter from Quebec. Her career started at a very early age; she was taking singing lessons and became the singer in her primary school’s rock band. It was in 2013, however, that she became widely known as part of Marie-Mai’s team during the very first season of La Voix, the television show on TVA. In 2016, she launched her very first EP, Big Boy, with songs in both English and French. The title track of the album became a huge hit and was widely played on the radio. In 2018, Charlotte Cardin headed out on tour in the USA and Europe. She launched a new music video for the song California which was filmed entirely on her cell phone. The star continues to surprise us with her originality! “I think that music has the power to make us feel emotions that we haven’t felt in years or that perhaps we even have never felt at all”.

The pianist, songwriter and singer, Patrick Watson was born in Lancaster (CA USA) in 1979 before settling in Hudson, close to Montreal (Canada). He was trained as a classical pianist. As a musician, he was the keyboardist for the ska-jazz group Gangster Politics, with whom he toured quite a bit. Patrick Watson later became a group, but unable to agree on any other name, the group kept the singer’s name for their future projects. The quartet has released four albums to date. 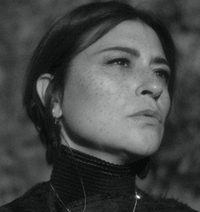 Ambassador for Inuit culture, Elisapie represents the beauty of the Far North, somewhat both wild and rough. Elisapie’s journey started in the very first days of her life, when her birth mother gave her up for adoption on the tarmac of the Salluit airport, the village where she grew up dreaming of the South. Then came her flight to Montreal. This is where she started a family and forgot about the extreme conditions of the Far North. Today she looks at her people through a tender gaze and has renewed the link to her origins, offering soulful, down-home folk music. She opens herself in a straightforward way to tell her story and shine a light on a few classical pieces of aboriginal musical culture.

Hubert Lenoir, singer, songwriter, composer and producer, has a great deal of ambition but little experience. He is currently listening to “Around the World in a Day” by Prince. Everything he knows he learned from YouTube. He has gone to LA twice, his first album is a pop one, but not really, a bit jazz although nobody can be sure, it’s some sort of post-modern opera about an entire generation’s coming of age, but still, it’s good, but it’s over. He is working on new music without really knowing where he’s heading with it but trust him, it’ll all be OK.

With an undeniable voice and an arsenal of powerful songs, Martha Wainwright is a beguiling performer and a refreshingly different force in music. Martha began building a buzz with her highly rated EPs, prior to her 2005 critically acclaimed and commercially successful debut LP bearing her name. Martha was born in New York City to folk legends Kate McGarrigle and Loudon Wainwright III. She is Rufus Wainwright’s sister and the two often collaborate in shows and on recordings. 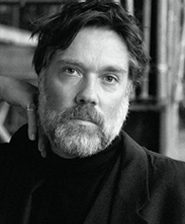 Praised by the New York Times for his “genuine originality,” Rufus Wainwright has established himself as one of the great male vocalists and songwriters of his generation. Wainwright has received Juno Awards for Best Alternative Album in 1999 and 2002 for Rufus Wainwright and Poses, respectively, and nominations for his albums Want Two (2005) and Release the Stars (2008). He was nominated for Songwriter of the Year in 2008 for his Release the Stars album. In addition to being a celebrated contemporary pop singer, Rufus has made a name for himself in the classical world. “Songwriting became a real need,” says Rufus. “The classical world can be cold and stiff. It’s hard work, but also incredibly fulfilling. I wrote songs in order to stay alive artistically and saw the tricks I’d learnt from taking off on these major theatrical tangents seeping into the songs. It was a fortunate trade-off I hadn’t foreseen.”

As a family or with friends, let’s get connected virtually on July 1st to celebrate Canada!