During this extraordinary and difficult time, the Met hopes to brighten the lives of audience members even while their stage is dark. Each day, a different encore presentation from the company’s Live in HD series is being made available for free streaming on the Met website, with each performance available for a period of 23 hours, from 7:30 pm EDT until 6:30 pm the following day. The schedule will include outstanding complete performances from the past 14 years of cinema transmissions, starring all of opera’s greatest singers. 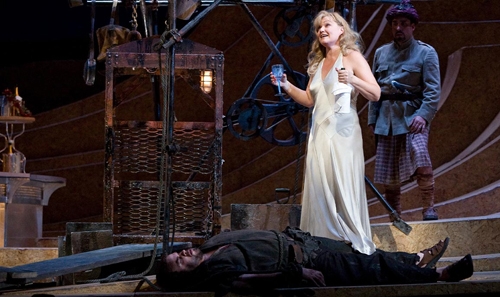 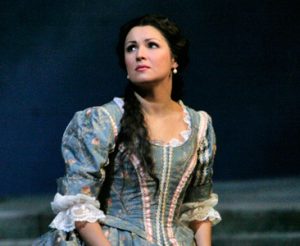 Soprano Anna Netrebko took New York by storm when she performed the role of the fragile Puritan maiden Elvira. Her daring take on the heroine’s famous mad scene earned her rapturous standing ovations from sold-out houses night after night. Overflowing with ravishing arias and ensembles, this bel canto gem also stars Eric Cutler as Elvira’s love Arturo, Franco Vassallo as her suitor Riccardo, and John Relyea as her uncle Giorgio.

Director and choreographer Mark Morris’s production of Gluck’s masterpiece updates the immortal story from its ancient Greek roots to the timeless present, where, he says, “the union of chorus and dancers feels inevitable and inseparable.” With costumes by Isaac Mizrahi and a set designed by Allen Moyer, this production surrounds the action with the superb Met chorus dressed as a crowd of historic characters who bear witness to the transformative power of love. Orfeo (Stephanie Blythe) is so consumed with grief at the death of his beloved Euridice (Danielle de Niese) that the gods (Heidi Grant Murphy as Amor) allow him to lead her back from the underworld—if he will not look at her on the way. Of course he can’t resist looking, but the gods are truly merciful.

A stellar cast brings Puccini’s spellbinding opera to life, seizing every opportunity to thrill the audience. Luciano Pavarotti is Cavaradossi, the painter and political revolutionary in love with the beautiful and famous singer Tosca (the riveting Shirley Verrett). Rome’s diabolical chief of police, Baron Scarpia (Cornell MacNeil), wants Tosca for himself—but he underestimates the fury of a woman in love. With torture, murder, and a suicide in its final moments, Tosca packs more dramatic punches than most other operas—and this classic telecast captures them all. James Conlon conducts in a production by the incomparable Tito Gobbi, one of the great Scarpias of the 20th century. 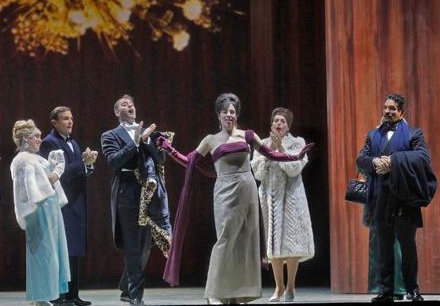 After the acclaimed Met premiere of Thomas Adès’s “The Tempest” in 2012, the composer returned with another masterpiece, this time inspired by filmmaker Luis Buñuel’s seminal surrealist classic “El Ángel Exterminador”, during the 2017–18 season. As the opera opens, a group of elegant socialites gather for a lavish dinner party, but when it is time to leave for the night, no one is able to escape. Soon, their behavior becomes increasingly erratic and savage. The large ensemble cast tackles both the vocal and dramatic demands of Adès’s opera with one riveting performance after another. Tom Cairns, who also penned the work’s libretto, directs an engrossing and inventive production, using a towering wooden archway to trap the characters onstage. And Adès himself takes the podium to conduct the frenzied score, which features a host of unconventional instruments, including the eerie electronic ondes Martenot. 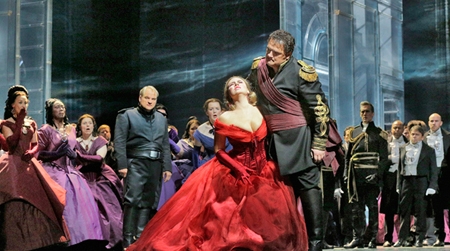 Tony Award winner Bartlett Sher’s bold new production probes the psychological underpinnings of Verdi’s dynamic setting of Shakespeare’s great tragedy. At the helm of this performance is riveting conductor Yannick Nézet-Séguin, who brings out all the cascading emotions in Verdi’s turbulent score. Aleksandrs Antonenko is the Moor Otello, the triumphant general of the Venetian army who is ultimately brought down by the sly insinuations of his friend Iago (Željko Lučić). Sonya Yoncheva continues to win fans as Desdemona, Otello’s faithful and long-suffering wife. With Günther Groissböck as Lodovico and Dimitri Pittas as Cassio.

When the most voluptuous, sought-after courtesan in the world meets an ascetic monk whose life is devoted to God, you know erotic sparks are going to fly. And when the clash takes place in a glorious, but rarely performed, opera by Massenet, it’s a delight to the ear just as much as to the eye. Renée Fleming is every inch the glamorous Thais, swathed in elegant gowns designed by Christian Lacroix. Thomas Hampson is the tortured man of God. This production by John Cox, which premiered in December 2008, brilliantly sets the stage for a confrontation as old as civilization itself.