The International Festival of Films on Art (FIFA) is pleased to unveil the ambitious program for its 38th edition, which will be held in Montreal from March 17 to 29, 2020. More than 240 films, documentaries, interactive works, media works, and music videos from more than forty countries will captivate, inspire and open the minds of audiences. In addition to the films presented in the official selection and competition, a series of events, cartes blanches and collaborative works will be available to the public. Among the new features this year, FIFA will have screenings for families and a section dedicated to music videos. It will also introduce the new wave of Chinese creators, devote a special program to Iranian artists and present the world’s most beautiful artistic performances on the big screen. 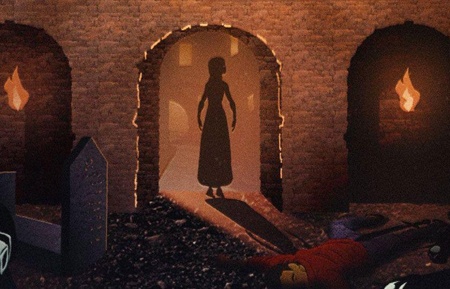 We Are Not Princesses by Bridgette Auger and Itab Azzam will open the 38th edition of the festival. The directors tell the story of Syrian women in a Beirut refugee camp as they put on a production of Sophocles’ play Antigone. Much like this film,  the films in the sections official selection and competition express the wish of directors, producers and artists to share their visions of the world, their passion and their experiences. Their moving stories reach out to meet the other with empathy and selflessness.
Cinéma Impérial – Tuesday, March 17, 2020 at 7:30pm

FIFA has dedicated a full-day Carte blanche to the Paris Opera at Cinéma Impérial. In this majestic venue, the screen will be lit up with short films and recordings of performances from 2019 that cannot be seen anywhere else in Montreal. Among the works presented will be a recording of Verdi’s Traviata with Pretty Yende in the lead role, Body and Soul, a choreography by Crystal Pite to the music of Frederic Chopin, and Les Indes Galantes by Jean-Philippe Rameau, with stage direction by Clément Cogitore and choreography by Bintou Dembélé.
Cinéma Impérial, Saturday, March 21, 2020

« O » | Cirque du Soleil
FIFA presents a recording of the Las Vegas performance of one of the most beautiful shows in the world. In “O”, Cirque du Soleil weaves a timeless and water-themed tapestry of art, surrealism and romance. Inspired by the concept of infinity and the purified elegance of water, “O” pays homage to the magic of the theatre – from the simple street performer to the most extravagant operas – where everything is possible and where the drama of life unfolds before our very eyes. World-class acrobats, synchronized swimmers, divers and enchanted characters perform their feats in, on and above the water, providing an extraordinary experience.
Cinéma Impérial, Thursday, March 26, 2020 at 7 PM 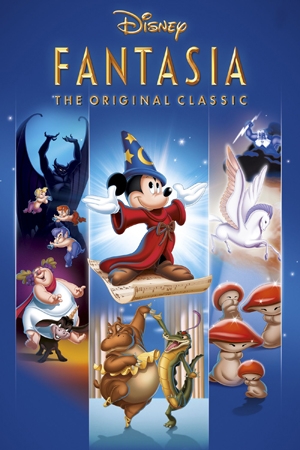 Fantasia, 1940
To mark the 80th anniversary of Fantasia, FIFA is screening a restored version of Walt Disney’s iconic film. A masterpiece of animation, Fantasia is a film on art that expresses the harmony between music and images in the truest tradition of Disney magic.
Cinéma Impérial, Saturday, March 28 at 2 PM

Spotlight on Iranian Art Films
Leila Khalilzadeh, an Iranian director based in Montreal, has selected twenty (20) films which will be shown in three separate screenings. Iran produces unique and powerful films. The films selected focus on the pioneers of Iranian cinema as well as the new generation of artists who are innovating and breaking with convention. While artists outside Iran are allowed freedom of expression, those who remain in the country often have to resort to subterfuge to express themselves within a very restricted framework. These films are presented as part of a program for young curators launched by FIFA and Momenta | Biennale de l’image, with the support of the Conseil des arts de Montréal.
Programs presented at the J.A. de Sève Cinema at Concordia University, Saturday, March 21, 2020 at 8:30 PM and Sunday, March 22, 2020 at 5:45 PM and 8:30 PM.

FIFA INTERACTIF
For a second year, a selection of interactive works from around the world will be presented at l’Espace culturel Georges-Émile-Lapalme at Place des Arts. The works are presented in the form of an experience bar that is free and accessible to those of all ages. This year’s edition, in addition to the regular program, will include a look back on ARTE France, highlighting its avant-garde role as an engine of production on the international stage.
Espace culturel Georges-Émile-Lapalme, from March 18 to 22, 2020

Bouquet Final + Célébration
A co-presentation with the McCord Museum, the film Bouquet Final is the story of students studying fashion at La Cambre, one of the world’s most renowned schools, as they design their end-of-year collections, which will elevate them from students to creators. The film will be followed by a screening of Célébration, a film about Yves Saint-Laurent, who presented his final collection as a farewell in 2002.
McCord Museum, Thursday, March 19, 2020 at 6 PM and 8:30 PM

For tickets and the full list of events, visit: www.artfifa.com