Photographer – Linda Rutenberg
Linda Rutenberg started as a fine art photographer 30 years ago. She has a BFA in film and music and an MFA in Photography from Concordia University.
from 1:30 to 2:30pm
at the Unitarian Church of Montreal, 5035 de Maisonneuve West
Nonmembers $10. New members welcome – men also.
www.womensartsociety.com or 514-495-3701

Linda creates, teaches, lectures and inspires young artists mentoring them to bridge the gap between art and business. Her fine artwork has been exhibited internationally and most recently in Canada, the US and England. Her series Urban Visions, One Island – Many Cities,  Mont Royal, The Spiritual Landscape and The Garden at Night and her latest work The Gaspé Peninsula are all explorations of the relationship between the environment and its people.

Linda’s work has been purchased by many prominent corporate collections, it is in the National Gallery of Canada and the archives of the Bibliothèque Nationale de Paris. She is also a full-time Mentor, Coach, Incubator Manager and Chief of Inspiration Officer at Dawson College.
www.lindarutenberg.com 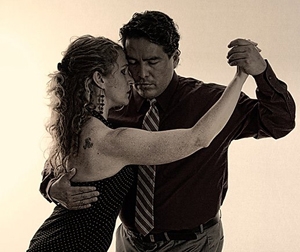 Tango Dancers MON TANGO: “The Evolution of Tango”
One of the most fascinating of all dances, the tango is performed all over the world. Lecture and performance.
from 1:30 to 2:30pm
at the Unitarian Church of Montreal, 5035 de Maisonneuve West
Nonmembers $10. New members welcome – men also.
www.womensartsociety.com or 514-495-3701

MonTango officially opened their doors in April 2008. Located in N.D.G., they are the only Argentine tango school in the city’s west end. Over the years they have built a reputation for having a warm and friendly atmosphere as well as a great musical selection at their milongas, and an excellent team of instructors.

MonTango’s Philosophy: Argentine tango is our passion and our goal is to share that passion. Anyone can learn to dance tango, and tango is for everyone: singles, couples, young and old. If you can walk, you can dance. Walking is the basis of Argentine tango, and a walk around the dance floor should feel as easy and pleasurable as a stroll in the park.
www.montango.ca

Animator, director, and writer JOYCE BORENSTEIN: “A career in Film”
An award-winning filmmaker, Joyce shows slides and film excerpts from some of her extraordinary works.
from 1:30 to 2:30pm
at the Unitarian Church of Montreal, 5035 de Maisonneuve West
Nonmembers $10. New members welcome – men also.
www.womensartsociety.com or 514-495-3701

Joyce Borenstein (born March 19, 1950) is a Canadian director and animator. Borenstein worked extensively in the independent animation field in the 1970s before joining the National Film Board of Canada in the 1980s, culminating in her best known work: the short animated documentary The Colours of My Father: A Portrait of Sam Borenstein (1992) about her father, painter Sam Borenstein, which was nominated for an Academy Award for best short documentary at the 65th Academy Awards.