The Grand Organ Festival is well under way, and the weekend of October 5 and 6 saw several events to salute the career and contributions made by John Grew. The performances continue in some of Montreal’s most famous churches and concert halls: including St. Joseph’s Oratory, Mountainside United in Westmount, The Church of St. Andrew and St. ­­­­­­­­­­­­­­­­­­Paul, Christ Church Cathedral, Église Saint-Léon de Westmount, Birks Heritage Chapel, Maison Symphonique and seven other churches. 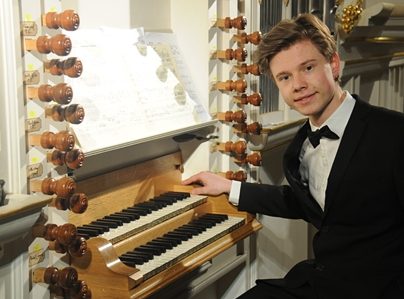 Sebastian Heindl will perform on October 11 and 13

Sebastian Heindl from Germany will perform on Friday, October 11th at Christ Church Cathedral at 1pm and then again at 3pm on October 13th at the Grand Séminaire de Montreal, 1234 Sherbrooke W. near Atwater (Atwater metro). The program will feature compositions by Bach, Aguilera, Medek, and and improvisations. In July, Sebastian won first prize at the Longwood Gardens Competition, one of the most prestigious organ competitions in the world.

October 18 at 8pm at the Église de l’Immaculée-Conception, Els Biesemans, the 2008 Canadian International Organ Competition Bach-prize winner will perform what promises to be a thrilling program on the Beckerath organ. Tickets are $30 at the door and $25 with advance purchase. 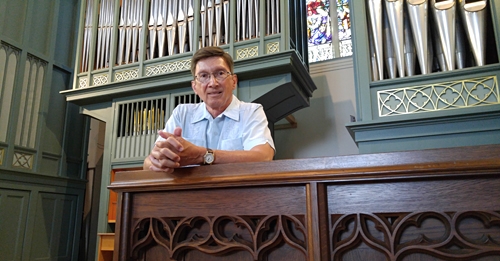 While Redpath Hall undergoes restoration, the CIOC is partnering with McGill University and Christ Church Cathedral to offer Friday recitals throughout October.

The 2019 Grand Organ Festival concludes on November 1 with the film Phantom of the Opera. James Kennerley will improvise the soundtrack to the iconic 1925 silent film at Maison Symphonique. The film will be projected on a large screen. Tickets are $32 to $67.

The festival offers many other accomplished musicians in a variety of beautiful and historic churches. All at modest prices. For the complete program, please visit: www.ciocm.org