In his HATE tour, Shaun uses his quick wit to tackle distressing themes of intolerance and prejudice with unrelenting humor. 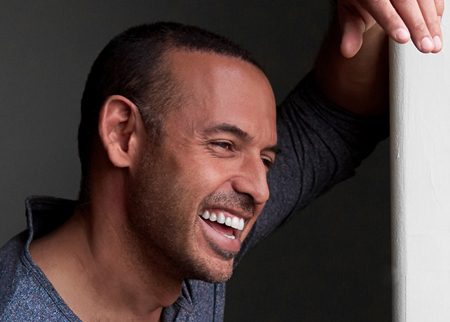 Gemini award-winning actor and comedian, Shaun Majumder starred in the Farrelly Brothers Fox Comedy Unhitched in 2008 before his Comedy Central Presents Special debuted. His documentary series Majumder Manor told the story of his dream to transform his home town into a high-end sustainable tourist destination and ran for two seasons on the W Network. Additionally, he was a regular on This Hour Has 22 Minutes for 17 years.

“If anyone could tackle themes of intolerance and prejudice and make them hilarious instead of depressingly distressing it’s Shaun Majumder. From growing up as one of the only brown kids in a remote village in northwest Newfoundland to the vitriol he’s faced when his online satire is misinterpreted by unironic rednecks, the beloved Canadian comic’s HATE Tour charts his own experiences with racism and how he’s fought back with humour instead of angry rhetoric. Few comedians are as skilled at reading a room and surfing the wave of audience reaction, and this show features some of his strongest, smartest material to date as he takes the pulse of the current zeitgeist while poking it in the ribs at the same time.” – Stephen Cooke, The Chronicle Herald

The 37th edition of the Just For Laughs Festival promises to be the most star-studded lineup ever with TV and cinema’s biggest comedy names, top touring comedians, cult-favourites and up-and-comers all converging on Montreal this summer. Galas, street performers, theatrical productions and stand-up shows in indoor venues and in the streets. Guaranteed to keep audiences in stitches. The Just For Laughs Festival is the world’s largest and most prestigious comedy event, welcoming more than 2 million people each summer.