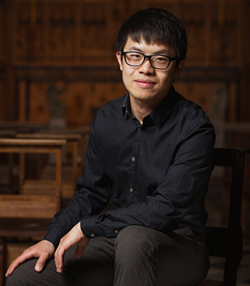 Jui-Sheng has appeared as a soloist and a chamber musician in Austria, Canada, France, Germany, Romania, Singapore, Thailand, the United States, and his native country, Taiwan. As a soloist, his recent engagements included performances of W. A. Mozart’s Piano Concerto No. 24 in C minor, K. 491 with the National Taiwan Normal University Chamber Orchestra, and R. Schumann’s Piano Concerto in A minor, Op. 54 with the Wyoming Symphony Orchestra. He has appeared at the isaMasterClass, the Fontainebleau School of Music and Architecture, the International Music Festival and Workshop, the Red Rocks Winter Chamber Music Institute, the Bowdoin International Music Festival, the Rebecca Penneys Piano Festival, the New York University Summer Piano Intensive Program, the Brevard Music Center Summer Institute, and the Eastern Music Festival.

Pianist Jui-Sheng Li has been hailed “A musician of integrity and depth…[during his performance of Schumann’s Fantasie, Op. 17], Mr. Li captured its ardor, wistfulness, and reverie with sensitivity to tone and phrasing. One looks forward to hearing more from this young artist.” -New York Concert Review after his Carnegie Hall Weill Recital Hall debut.

In addition to solo activities, Jui-Sheng has a passion for sharing the stage with his wonderful friends as a chamber musician. He was recently appointed Piano Intern at the renowned—Castleman Quartet Program in Fredonia, NY, and he has also served as a collaborative piano faculty member at the Asia Pacific Saxophone Academy in Bangkok, Thailand since 2015.

Jui-Sheng is currently based in Montreal, Canada. He is in his second year of the Doctor of Music program in Performance Studies at McGill University’s Schulich School of Music, where he studies with Professors Kyoko Hashimoto and Roe-Min Kok (research supervisor). In addition, he serves as a piano faculty and a course lecturer for Schulich School of Music’s undergraduate practical lesson and musicianship course. 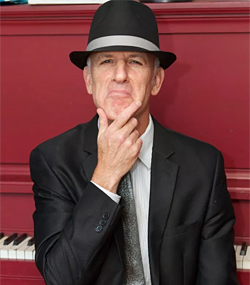 One starry starry night, many many moons ago, Little Todsky woke up from a nap in his crib, and it occurred to him that the Earth upon which he crawled was a planet full of wonder and mystery. Soon afterwards, Little Todsky would embark upon a journey into wonder, magic and discovery; a journey that continues today.

Over time, Little Todsky was able to unearth some of the secrets of the magical arts, and in doing so found a way to share the wonder and mystery with others. Little Todsky soon grew to become the Mediocre Todsky, for his magical abilities were just beginning to form, and, frankly, his tricks were pretty sucky.

But with much perseverance and his nose to the lodestone, Todsky progressed in the magical arts, and soon he would be called The Somewhat Impressive Todsky. It wasn’t long before he became The Pretty Good Todsky and then The Great Todsky. And now, of course, he is known as The Amazing Todsky.