With a record 55,000 visitors in 2017, this year’s iconic Montreal cultural event is welcoming three guests of honor: photographer and entrepreneur Alexandre Champagne, spokesperson for this edition of World Press Photo Montreal, which will exhibit his photographic work on the post-tragedy of the Great Mosque of Quebec; Belgian photographer Alain Schroeder of the Reporters agency, winner of the First Prize in the Sports category; American photographer Anna Boyiazis, Second Prize in the Society category. 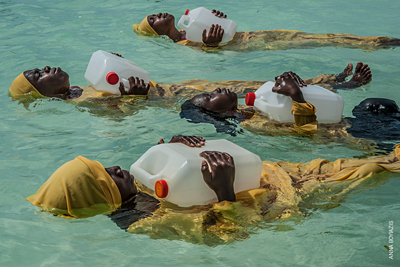 For the 61st edition of the World Press Photo, the jury of the competition, chaired by Magdalena Herrera, director of photography at GEO France, evaluated more than 73,000 images, submitted by more than 4,500 photojournalists from 125 countries, awarding prizes to 42 photographers from 22 countries.

The jury had unveiled on February 14 the six images vying for the prize of the Photo of the Year. On April 12, the prize was awarded to Venezuelan Ronaldo Schemidt of Agence France Presse (AFP), for his shot of a protester on fire, José Victor Salazar Balza, during violent clashes with forces of the order, during a demonstration against President Nicolas Maduro in Caracas, Venezuela, May 3, 2017.

This photograph is part of the international exhibition, which presents a series of major events of the year, divided into eight categories: Contemporary Issues, Society, Environment, General News, Long-Term Projects, Nature, Sports and Portraits.

The Westminster Bridge bombings in London, the liberation of Mosul in Iraq during which civilians were taken hostage, the exodus of thousands of Rohingya refugees from Myanmar (formerly Burma) to Bangladesh to escape violence, refugee youth Roma suffering from resignation syndrome, increasing human waste production in Nigeria, the fight against poaching of rhinos in South Africa, the rescue of abandoned elephants in Kenya and a bioenergetic village in Austria are among the topics discussed.

Since the first award ceremony in 1955, the World Press Photo has become the most esteemed photojournalism event.
– The New York Times

The prestigious and provocative World Press Photo exhibition reveals the full breadth of life.
– The Gazette

Exceptional quality photos of the world as it is.
– La Presse 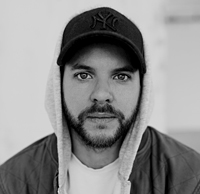 The World Press Photo Montreal team is pleased to announce that photographer and entrepreneur Alexandre Champagne will serve as spokesperson for its 2018 edition. In January 2017, profoundly affected by the attacks on the Great Mosque of Quebec City, photographer and entrepreneur Alexandre Champagne launched a crowdfunding campaign. In mere days, he raised over 40,000 dollars. In the process of forging close ties with the community, he used his camera to document the aftermath of the tragedy from the perspective of victims and their loved ones. More than 20 of these images will be presented for the first time. He runs his photo studio, where he carries out commercial and also philanthropic contracts, always mindful to give back to the community. He teaches photography and is currently putting the finishing touches on his first book about the topic, in the hopes of allowing a greater number of people to get acquainted with the photographic potential of smartphones. The book, entitled L’art de réussir toutes ses photos avec son téléphone cellulaire (“The art of successfully taking all your photos with your smartphone”), will be published in the fall of 2018 with Éditions Cardinal.

Dans La Rue
Presented for the very first time, the Dans la rue photos exhibition is the result of a workshop project put together for homeless or at risk youths who attend organization Dans la rue’s day centre and art workshop. During these workshops, which were carried out over many months starting in the fall of 2017, around thirty photographers were able to conjure up a mosaic of images that together show a willingness to wipe out stereotypes and encourage the development of a fairer, more inclusive and sensitive society. Through their gaze and the lenses of borrowed cameras, they produced portraits and captured moments of their daily lives in Montreal. Driven by a desire to provide a means of expression to people who are often marginalized, photographers Alexandre Lepage and Alejandra Ariza organized and ran the project voluntarily, with the collaboration of Monica Mandujano, a psycho-social counsellor in charge of the art workshop at Dans la Rue’s day centre.

Thursday, Friday, Saturday
10am to midnight