Female Education Activist and Nobel Prize Winner
Born in 1997, Malala Yousafzai grew up in the Swat Valley in Northern Pakistan with her parents and two brothers. From the age of 10, Malala has campaigned for the rights of girls to receive an education. In October 2012, the then 15-yearold Malala was shot by the Taliban while traveling home from school on the bus with her friends. Following the attack, Malala was flown to Birmingham to receive treatment at the specialist Queen Elizabeth hospital, and by March 2013 she had made a remarkable recovery and was well enough to return to school. Now studying at the University of Oxford, Malala continues to campaign for the right of every child to go to school. Since the attack, she has become internationally known for her courage in refusing to be silenced and continuing her fight for the right of everyone to receive an education.

Malala’s bravery and unwavering dedication to her cause has seen her honored throughout the world, including one of the world’s highest honors: the Nobel Peace Prize. She became the youngest recipient of the prestigious award in 2014, alongside Indian child rights campaigner Kailash Satyarthi. Following the outpouring of support that Malala received throughout her ordeal, she set up an international fund – the Malala Fund – which is dedicated to help promote education for girls throughout the world. 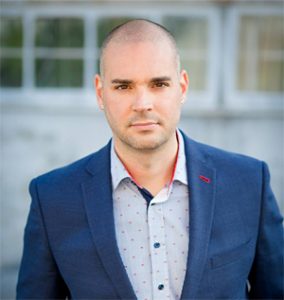 Founder of Pur Vodka
An entrepreneur at heart, Nicolas Duvernois has always been full of ideas. After his first business endeavour went sour in 2006, he decided to found PUR Vodka. Since he knew absolutely nothing about the industry, it all began with a Google search for the word “vodka.” In order to finance the project, Mr. Duvernois worked as a hospital custodian by night and developed vodka by day for nearly four years until he won “Best Vodka in the World”. 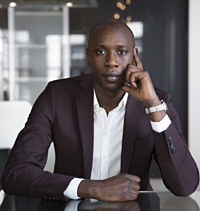 Ex-Player for the Montreal Impact
Originally from Noisy-Le-Sec in the Paris suburbs, but now calling Montreal home, the player of Senegalese descent joined the Impact in 2011 and was named the team’s Most Valuable Player in his only season in NASL, before making the jump to MLS. He was named to the league’s All-Star Team that year. He previously played with Olympique de Marseille and SC Bastia, in France.

Influence MTL is the #1 Entrepreneur and Influencer conference in Canada. It is part of a series of Signature events that aims to promote and champion Diversity, Inclusion and Leadership. Representing The economic branch of My Voice Matters, Influence MTL mission’ is clear: Inspire + Inform + Influence the current and next generation of Changemakers. Entrepreneurs, Activists, Creatives, Intrapreneurs, professionals and student alike can take advantage of one of the most affordable conference series in Canada to exchange with local and international individuals of influence in order to positively impact their respective ecosystem.

For tickets and information visit: www.influencemtl.com