Opera McGill takes to the highlands of Scotland for its new production of Lucia di Lammermoor, Donizetti’s passionate, eerie, and ultimately tragic love story. Lucia is a deluxe opera experience in every way – from the gorgeous bel canto arias to the iconic mad scene, and with a striking, gothic design. 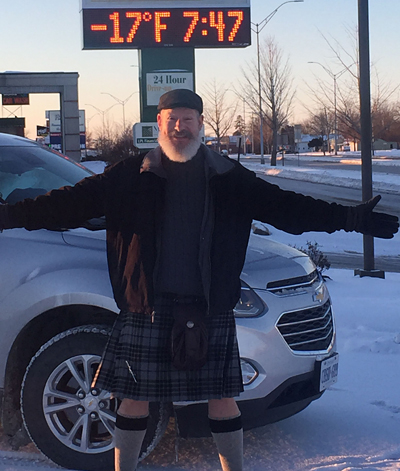 Patrick Hansen is wearing his kilt throughout January to raise funds for women’s scholarships via the International Philanthropic Organization: www.facebook.com/donate/735292689994087/

Showcasing its wealth of operatic talent, Opera McGill’s production will feature three Lucias – a different one at each performance – with all other major roles double cast, and a chorus of thirty. Performances on Friday, January 26 and Saturday, January 27 at 7:30 pm; and on Sunday, January 28 at 2:00 pm, all take place at the beautiful Ludger-Duvernay Hall at Monument-National. Patrick Hansen directs, and Stephen Hargreaves conducts the McGill Symphony Orchestra. The new design is undertaken by Opera McGill’s Vincent Lefèvre (sets), Ginette Grenier (costumes), Serge Filiatrault (lighting), with makeup and hair by Florence Cornet and Réjean Forget, respectively.

Donizetti’s Lucia di Lammermoor, written in 1835, is loosely based upon Sir Walter Scott’s historical novel The Bride of Lammermoor. The opera tells the story of a young woman in love completely isolated by the Scottish society that surrounds her. Lucia’s tragedy is that when confronted with a forced marriage which would betray her true love, she sees no alternative but to strike out violently.  “This is a deep love story,” says Patrick Hansen, “Lucia is trying to do what’s right by societal norms and family and she gets trapped. Lucia is tricked into believing that her Edgardo loves another woman and, when she realizes her mistake, her heart breaks – and then her mind breaks.” About the new production, Hansen comments, “Our design will be romantic and evoke the supernatural. If you love the look of “Outlander” or “Rob Roy” you will love this production!”

This is Opera McGill’s 61st season. The next production will be Bernstein’s Candide on March 23, 24 & 25 at Pollack Hall, presented in collaboration with the McGill Chamber Orchestra.

Tickets are available at 514-871-2224 or www.monumentnational.com/en  and at the Monument-National Box Office, 1182 Saint-Laurent Blvd (just up from Rene-Levesque). Service charges apply