The Centaur Theatre presents the 21st Wildside Festival from January 4 to 13, 2018, aptly branded the “hottest two weeks in winter”! Five high-octane Canadian shows and Centaur’s pick 2017 Best of the Fest from last summer’s Fringe, coming all the way from Ireland.

Wildside curator, Johanna Nutter, stated, “There are so few opportunities for new, cutting-edge English indie theatre in Montreal; Wildside is a celebration of deserving artists and their work, productions that wouldn’t ordinarily get this kind of mainstream exposure.” Regarding the play selection process, Nutter explained, “I usually approach the programming like I’m planning a banquet, choosing plays that cover a spectrum wide enough to satisfy everyone’s tastes. This year it just worked out that the most of the playwrights, actors, or the subject matter of each production is female or non-binary centric. Recent world events and media headlines suggest that this year’s Wildside is in total sync with global issues and
changes.”

The line-up explores such hot-topics as the legalization of gay marriage, the diminishment of cultural traditions through assimilation, family dynamics, gender labeling, women’s evolving roles, and physical or emotional trauma.

Thursdays, Fridays and Saturdays, directly following the last show of the evening, audiences are invited to pop-up pass-the-hat performances by some of Montreal’s best and brightest sketch, stand-up, and improv artists at the wild and wonderful Off-Side, held in the Ted T. Katz Family Trust Gallery. The ever popular Friday Night Tributes are back, with IGGY POP (Friday Jan. 5) and NINA SIMONE (Friday Jan. 12). Get to know some of Montreal’s up-and-coming artists in a relaxed, intimate setting where anything can happen … and usually does! All six evenings are free and open to the general public; no ticket stub is required for admission. 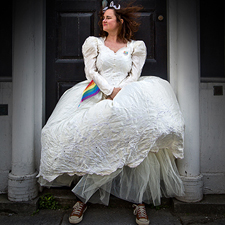 The Morning After The Life Before – (62min.) 2017 Best of the Fringe Winner
PRESENTED BY: GUNA NUA THEATRE COMPANY / WRITTEN BY: ANN BLAKE / DIRECTED BY: PAUL MEADE / FEATURING: ANN BLAKE AND LUCIA SMYTH

May 24th 2015, 62% of Ireland is #hungoverforequality, Ann gets a text from her brother which brings reality into sharp focus. A personal tale, playfully told, of Ireland before and after Marriage Equality. 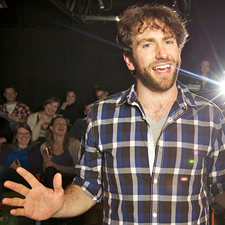 Confabulation – Stories, true as we can tell them (90min.) ONE PERFORMANCE ONLY
PRODUCED BY: CONFABULATION / FEATURING: MATT GOLDBERG AND FIVE GUEST STORYTELLERS

Hosted by comedian and storyteller Matt Goldberg, Confabulation is an evening of curated true stories, told by the people who lived them. For Wildside, Confabulation is exploring the theme “Eye of the Storm – stories of the quiet and the chaos.” 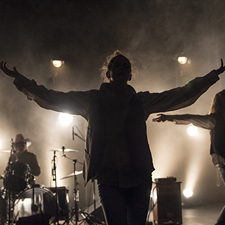 “It’s raw, it’s direct, it’s brutal, and it’s beautiful. Helen Simard manages to both move us and make us laugh with Idiot. It makes you want to fall back into Pop’s discography, and to reinvent the world in your own fashion.” – Le Canal Auditif 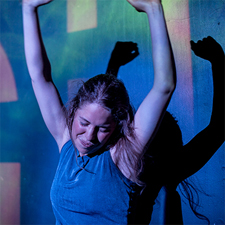 The story of Gillian Clark, who fought off an SUV and a brick wall at the same time.
WARNING: COARSE LANGUAGE, DESCRIPTION OF VIOLENCE AND OF SEXUALITY – PG 13

“Not everyone can maintain a sense of humour after enduring a near-death experience, but writer /performer Gillian Clark brings wit, optimism and honesty to her compelling show.” – NOW Magazine 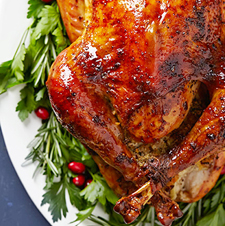 A queer, non-binary, anarchist returns home to their Chinese immigrant family, torn apart by gaps of generation and language, reunited by Christmas magic and the protection of Saran Wrap.
WARNING: VIOLENCE, STRONG LANGUAGE AND WHITE GUILT

“…at turns hilarious and heart-wrenching, definitely worth seeing.”
– Montreal Rampage 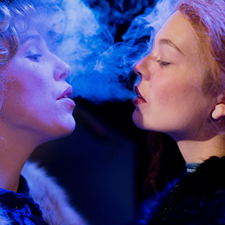